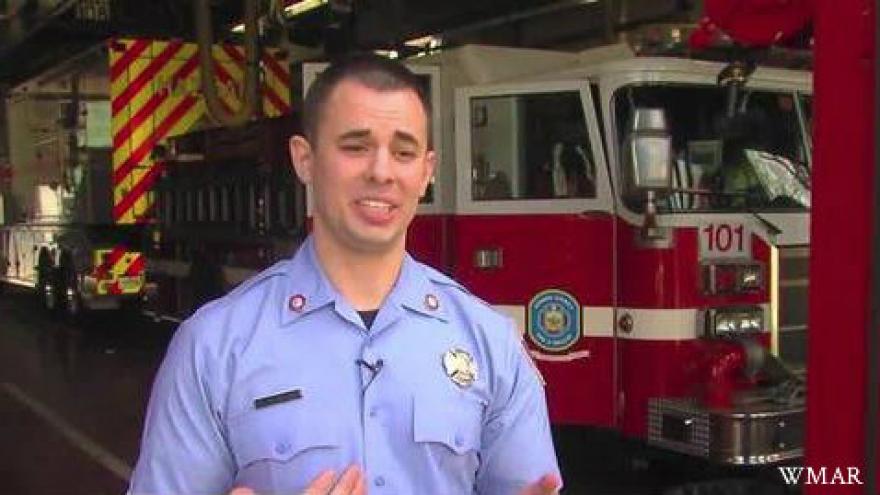 Baltimore, MD (WMAR) -- A Howard County fire fighter and first responder wasn’t even working when he risked his own life to save another. Ryan Glenn said it was just instinct.

Glenn told ABC2 he was driving along The Chesapeake Bay Bridge when he saw a man threatening to jump.

At it’s center, The Chesapeake Bay Bridge is 180 feet, a dizzying height for anyone. Glenn was off duty, happened to be on the bridge and jumped in to help.

“I said hey, there’s a lot of people who care about you. Let’s not do this, come down and talk. I’m here for you, I care about you,” Glenn told the distraught man.

With the help of two other off duty officers, who just happened to be on the bridge as well, Glenn began the negotiating.

“I managed to get closer and closer to him and probably about two feet away from him, I said, just take my hand and let’s get you down from here.”

But that’s not what happened.

“He looks down at the water and looked at me again and then he did the unthinkable. He went from the railing of the bridge to a cross member I-beam type of material on the bridge and jumped on it. At that point, he was just holding on by his grip and his feet were dangling over the water” remembered Glenn.

As a trained professional, Glenn was comfortable risking his own life to save another.

“You’re conditioned to it, if you see something wrong, we run to the problem, we try to fix things.”

The man was taken to safety and then to the hospital for treatment.