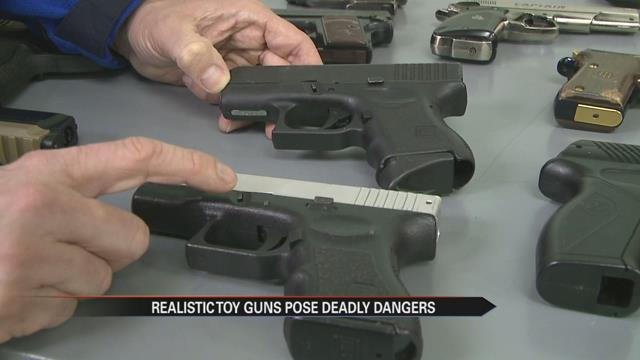 These days, toy guns aren’t what they used to be.

Experts say, if children are asking for a BB or Airsoft guns for Christmas, there are some things they need to know.

Ray Wolfenbarger is a firearm and toolmark expert for St. Joseph, Elkhart and La Porte counties.

He says the days of the Red Rider BB gun are gone.

Today’s toy guns from BB to Airsoft look like small concealed weapons, and can be threatening to police officers who might mistake them for the real thing.

Wolfenbarger says if your children are getting a fake gun for Christmas, that it’s important to speak with them about responsibility.

“Parents really need to step up to the plate and make sure that their kids aren’t carrying them in the public, if they are actually going to participate in these Airsoft wars that they do it in a controlled area,” Wolfenbarger said.

If an officer approaches, Wolfenbarger wants children to know how to react.

“If you’re ever stopped by police, you want to throw your hands up and say listen, ‘I have an Airsoft gun or BB gun. It’s tucked in my waist band.’ Let the officer go and actually retrieve the firearm,” Wolfenbarger said.

This prevents police from thinking the owner is reaching for a real gun.

Wolfenbarger says toy guns can also cause bodily harm, and owners should know how to use them properly.