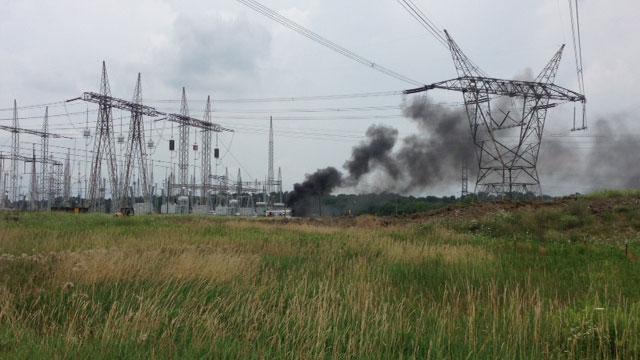 Firefighters finally put out a transformer fire that was burning for six hours at the Dumont Power Station near Quinn Road and Primrose Road in North Liberty.

Some firefighters said it’s because the transformer is fueled by about 30,000 gallons of oil.

Firefighters waited around for about three hours until AEP made sure it was safe for them to enter. Some had even left the scene for a while until they were given the green light to go in. I&M officials were not sure of the cause the last time we asked, but believe it could be linked to the extreme heat.

Another firefighter said they should be able to contain the fire on scene as they gradually drain the oil before extinguishing the fire.

Fire department crews were starting to leave the scene around 6:00 pm.