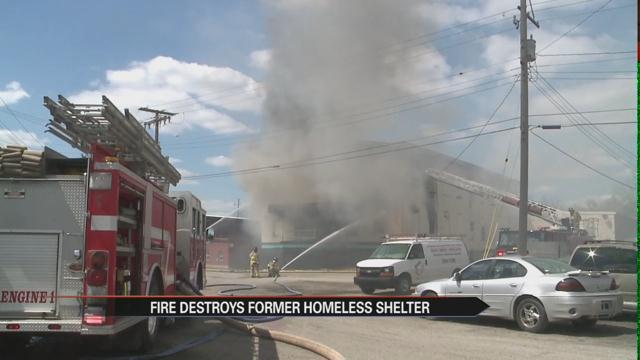 The business is part of the 521 Industrial Center on Lincoln between 8th and 9th streets.

That shelter was shut down April 17th after the city says the building did not meet residential code.

One business owner was inside the building just before the fire started and managed to get out.

Because they have not been inside the building- Goshen Fire Chief Inspector Mike Happer says he does not know if anyone else was in the building at this time.

“This building right here on the front side this door right here is the only entrance to the building. There is no back door so once you are in there it is basically like a fire trap. That's one of the reasons why we didn't want the homeless shelter in there. So we are not going to send any fire men in there through the only door to go search for a fire in the back, we have to find another means,” said Happer.

Chief Happer has been going around asking witnesses for information to determine a cause.