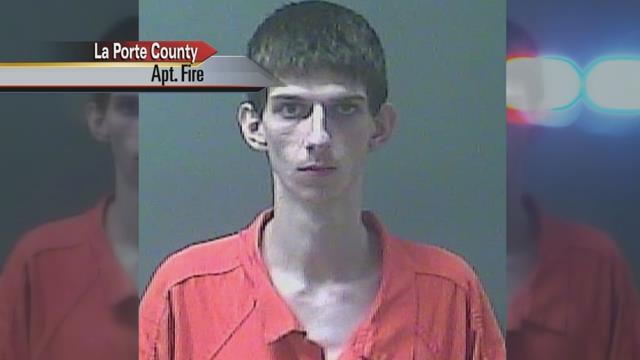 La Porte firefighters were called to the scene of an apartment fire in La Porte on Wednesday night.

La Porte City firefighters had no problem controlling the fire but they believe a drug operation was the cause of the flames at the Country Acres apartment complex, a building where an 18 month old child was living.

La Porte City firefighters were called to the scene just after 5 p.m. Wednesday and after quickly controlling the fire.

Fire investigators say narcotics manufacturing may have caused the fire.

Even more troubling, an 18 month old child was inside the apartment at the time of the fire along with 23-year-old Robert Depner, who was booked last night at La Porte County Jail and charged with two felonies.

The child was taken to La Porte hospital as a precaution but was later released.