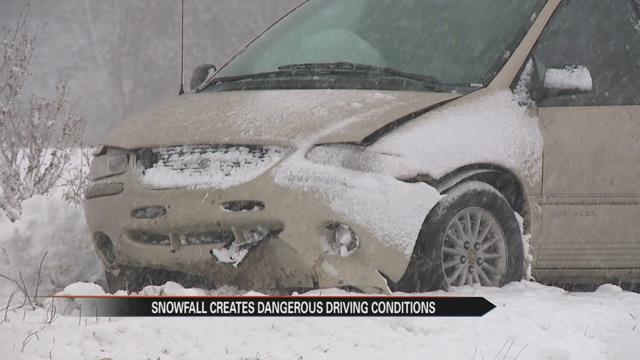 The first snow of the season started off in Benton Township with a bang.

A power line at the corner of Highland Avenue and Fair Street blew up after too much snow fell on it.

Graham responded to the downed power line along with local police and a crew from Indiana Michigan Power.

Graham said power lines should always be treated as if they are live – even if they are on the ground and look dead.

“The main thing is to stay away from ‘em and keep everybody away from them too,’ Graham said.

He said a power line can still hold its electric charge even after it falls if it manages to touch a nearby phone pole or other source of electricity.

Down U.S. 31 near Berrien Springs, Michigan State troopers responded to a driver whose high speed in the snow landed him and his car yards off the road.

Trooper DuWayne Robinson said you should drive at 80-percent your regular speed in the snow and have a little patience.

“Plan early, wherever you have to go, because it’s gonna take probably a bit more time than usual,” Robinson said.

On the road and up above it, the first snow of the season offered Michiana some valuable reminders.

Power was restored in the impacted area in Benton Twp. by early Saturday evening.