As the latest round of rain falls on Michiana to end the work week, some are already looking ahead to snow.

How much snowfall should you plan for this year?

Chief Meteorologist @TomCoomes has the winter forecast you can bet on, tonight at 6 p.m. pic.twitter.com/UePn0Cd9lo

Typically, our first measurable (0.1 inch or above) snowfall in South Bend is November 9. The earliest snowfall we've received was back in 1994, when an inch of snow fell on September 25. Four years later, South Bend waited until the middle of December to get a measly 0.2". 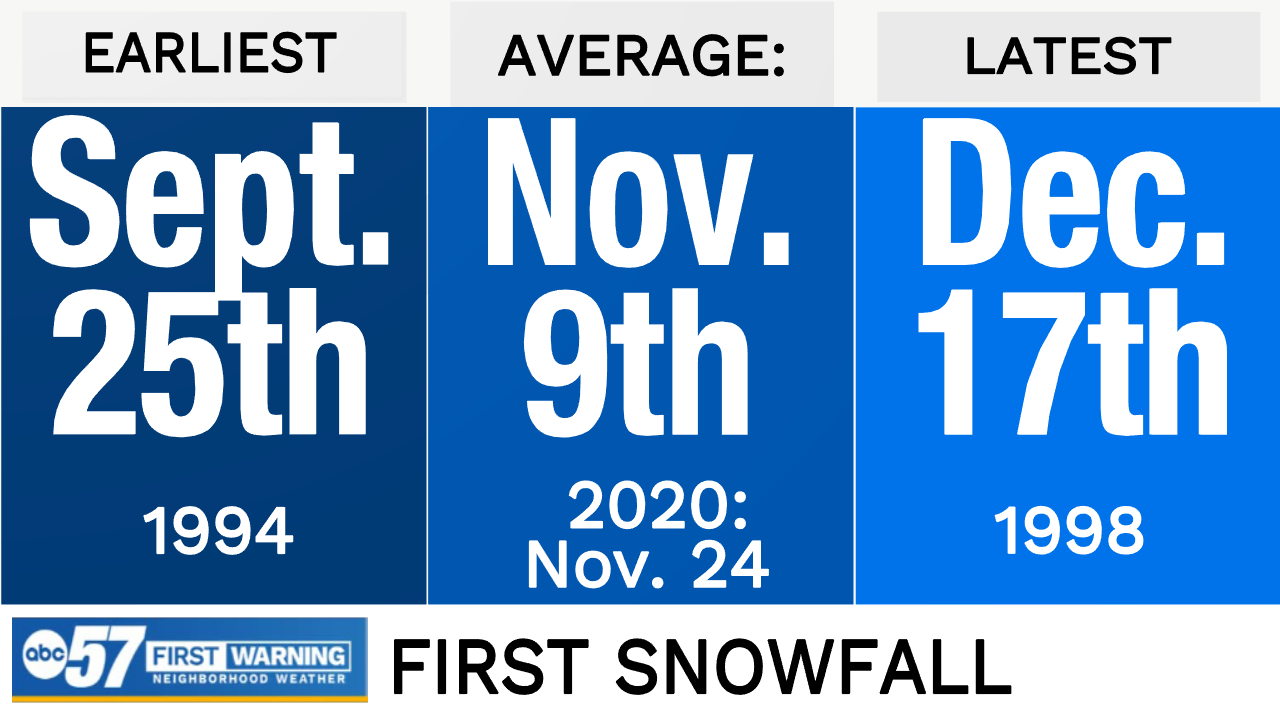 Last year, South Bend struggled to hit any sort of snowfall benchmark.  Measurable snowfall, snowfall of more than an inch and more than three inches were all weeks behind schedule. 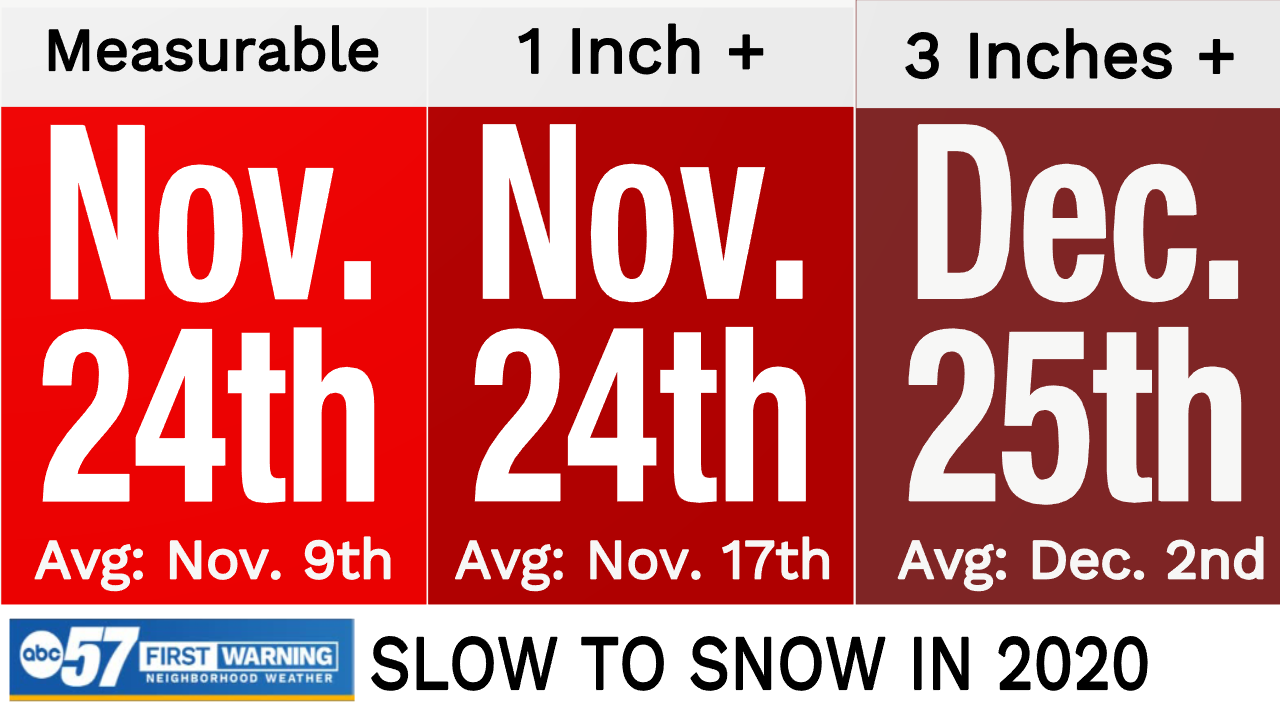 A very important factor in the quest to figure out when our first snowfall will be is the temperature during the first half of autumn. It has been one of the warmest first two months of the season on record in South Bend this year. During our warmest autumns, our average first measurable snow lags by about a week. 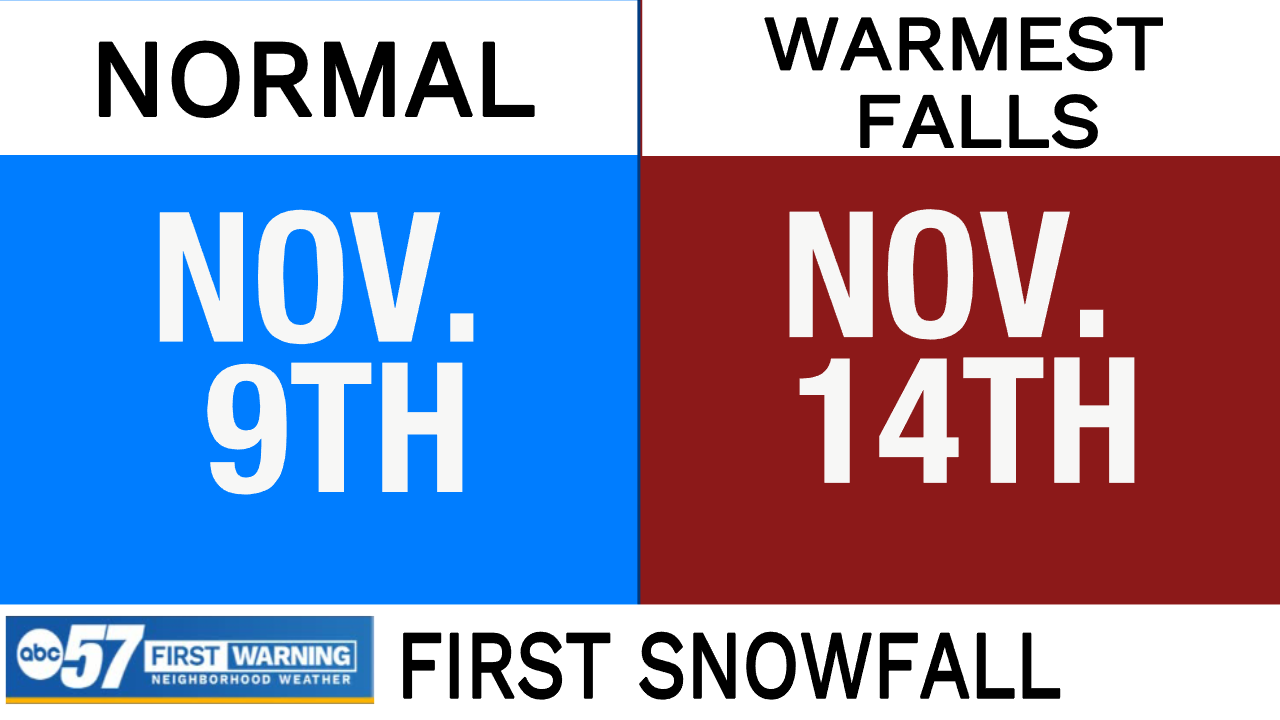 However, a early November cold snap could bring the first flakes of the season to Michiana by next Thursday or Friday. With how warm the ground is, it is unlikely to be measurable snow.

That being said, now is the time to make sure you at least know where your shovel and snowblower are!