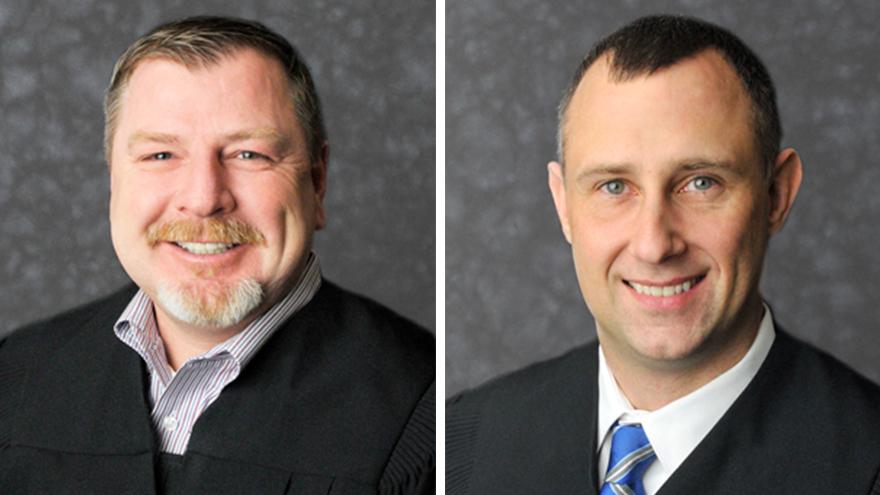 Police spokeswoman Officer Genae Cook says two Clark County judges were shot early Wednesday in the parking lot of a downtown Indianapolis White Castle restaurant. One of the men was hospitalized in critical condition and the other was in stable condition.

Cooks says the men were attending a judicial conference in Indianapolis when they were shot following a disturbance at a nearby bar. She says detectives found no evidence suggesting they were targeted because they are judges.

According to the Indiana Supreme Court, the two Clark County judges, the Honorable Andrews Adams and the Honorable Bradley Jacobs, have served the judicial branch since their election in 2014.

Clark County courts were closed on Wednesday but will reopen on Thursday.

Police said three other people were shot early Wednesday in two separate shootings. One of those victims was in good condition, while the conditions of the two others were not immediately available.

Clark County Presiding Judge Vicki Carmichael is shocked to learn of the overnight violence involving her fellow judges. Along with her colleagues, she is in Indianapolis attending educational programming.

Any questions about the nature of the shooting should be directed to police. However, Judge Carmichael has been assured that there is no reason to believe the judicial officers were targeted because of their positions with the Judicial Branch.  This appears to be a random act of violence.

It is important for detectives to investigate the situation; therefore, Judge Carmichael will not be making any statements regarding the particulars of the event. However, Judge Carmichael has spoken with fellow judges who were with Judge Adams and Judge Jacobs and she has been advised certain reports circulating about the event are inaccurate.  She urges caution until police provide details and/or make an arrest. Judge Carmichael appreciates the outpouring of support and love from the members of the Clark County community.

Clark County courts are closed today but will reopen tomorrow.