FJC ready to handle cases similar to the Ohio abductions 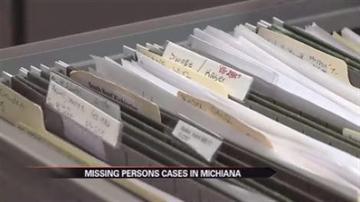 ST. JOSEPH, Ind. -- The three Ohio women who were just rescued after ten years of captivity were first reported missing decades ago. ABC 57 went to the new St. Joseph County (FJC) Family Justice Center to see if they are ready to investigate and handle victims in similar cases if the need arises.

"These kind of things live in secret, I think when we look at huge cases that reach the media, it's just a tip of the iceberg, I think that it's here in Michiana,” said Sareen Dale, Director of the Family Justice Center of St. Joseph County.

Dale says if and when those secrets come out and the victims come forward the FJC will be ready to help.

"We are the only one in the northern region of Indiana,” said Dale.

Saint Joseph County is the only county in the region that has a freestanding building housing detectives, prosecutors and advocates in one location.

Mike Dvorak, the Saint Joseph County Prosecutor, was essential in orchestrating this concept and says if an incident like the one in Ohio surfaces here, it would be handled by the (SVU) special victims unit. A specialized unit of police officers from South Bend Police Department, Mishawaka Police Department and the St. Joseph County Sheriff's Department who are trained to investigate cases involving victimized women and children.

"Do we have people that are runaways? Do we have people who are missing and have been abducted? Yes we have. And are there some cold cases that people are still looking for leads? Yes there are, but anything that is that level of involvement (similar to the abductions in Ohio) we are not aware of it in our community,” said Dvorak.

For instance, the South Bend Police Department has about 12 or 13 active cases and some of them date back decades.

"And that just means that a couple of adults that are in there have been missing for an exceptionally long period of time and the case is still open and we are hoping for some help by the public to solve those,” said Lieutenant Scott Hanley, with the Investigative Division of the South Bend Police Department.

Those missing persons reports are re-examined quite frequently. If no new information is discovered they remain in that file drawer until the person is found.

The FJC is expected to be complete some time next month when the front addition to the building is complete that will house the Casie Center and its staff. Executive Director Carolyn Hahn told ABC 57 News the project should be finished mid June.

The Casie Center provides a comprehensive team approach to the problem of child abuse with particular emphasis on sexual abuse.