Flake: 'A senator shouldn't be a rubber stamp for what the President wants' 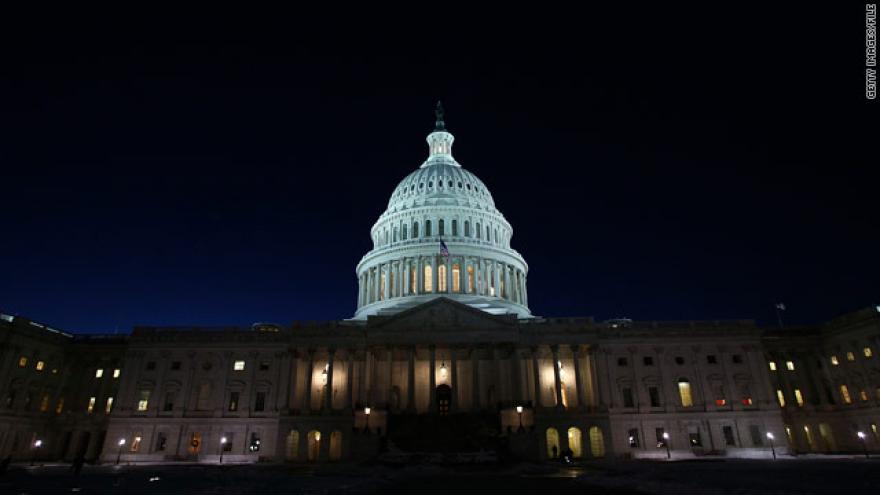 WASHINGTON (CNN) -- Sen. Jeff Flake told CNN Tuesday that politics has turned too destructive -- and he blamed his own Republican Party and President Donald Trump for their roles in that change.

Speaking to CNN's Jake Tapper on 'The Lead' Thursday, Flake criticized the GOP for allowing rhetoric and attitudes to get "coarser and coarser," especially when it comes to dealing with the immigration issue.

"There are two parts of conservatism, fiscal policy and limited government," the Arizona senator said. "Barry Goldwater in 1960 felt the party was straying from those principles. I think we are facing a similar crisis now, as Republicans have taken up an unfamiliar banner. This populism, in some cases xenophobia, anti-immigration, protectionism -- that's not familiar to us, and I don't think it's a governing philosophy."

The Republican senator, who was a vocal critic of President Donald Trump during the campaign, released a book earlier Thursday titled "The Conscience of a Conservative: A Rejection of Destructive Politics and a Return to Principle."

The book pulls no punches, openly criticizing the President as well as other GOP leaders who, Flake alleges, have enabled the man in the White House for far too long. (The title is a throwback to Barry Goldwater's seminal "Conscience of a Conservative," which was originally released in 1960.)

"We've got to get away from this attitude that you got to agree with the President and that the senator should be a rubber stamp for what the President wants," he said.

Flake insisted that both parties must return to working together in a bipartisan way.

"We've got huge problems to solve in this country, looming debt and a grave deficit, and we know that the only way to solve that is for both parties to sit down and share the risk," Flake said. "The President is calling for us to get rid of the filibuster. That would be an awful thing. The Senate is at its best when we work together on things."

Flake's book is packed with devastating lines aimed at Trump, Senate Majority Leader Mitch McConnell and even Flake himself. At one point, Flake criticizes McConnell for betting the Republican Party on a one-term Obama presidency.

In the book, Flake writes: "It was we conservatives who, upon Obama's election, stated that our No. 1 priority was not advancing a conservative policy agenda but making Obama a one-term president -- the corollary to this binary thinking being that his failure would be our success and the fortunes of the citizenry would presumably be sorted out in the meantime."

McConnell told CNN Thursday that he hasn't had a chance yet to read Flake's book, but said "I will get around to it at some point."

Flake is being looked at as a potential Trump primary challenger in 2020. Now with his book out, Flake is attempting to position himself as a conservative conscience of the party, someone not willing to bend to the latest political winds just because it's the path of least resistance.

Flake has some work to do before he can even begin to consider a 2020 bid, however. He's up for re-election to the Senate in 2018 and Trump has already spoken personally with three potential Republican primary challengers for his Arizona seat.

Kelli Ward, who has already launched her campaign, and Robert Graham, a former state GOP chair and Trump adviser who is considering a challenge, both told CNN on Monday that they have had multiple conversations with White House officials about opposing Flake in the Senate primary.

Graham said the talks began shortly after the 2016 presidential campaign concluded, and both Graham and Ward said further conversations took place as recently as two weeks ago.

Another potential candidate -- state treasurer Jeff DeWit -- has had multiple conversations with Trump, sources familiar with those talks said. But DeWit is close with Graham, the sources said, making it unlikely both would run.

Asked whether he was worried that by writing the book, he would put his Senate career in jeopardy, Flake said he stood behind his decision.

"I think some things are more important than a political career," Flake said. "It would have probably been politically smarter to wait to write a book like this, but then it wouldn't mean as much. If you don't have anything politically at risk, it doesn't mean as much."