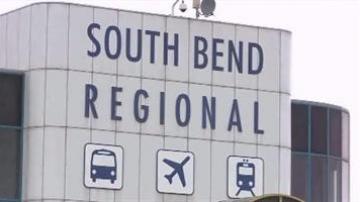 SOUTH BEND, Ind. -- A flight from Milwaukee had to make an unscheduled landing at the South Bend Airport Tuesday afternoon.

The aircraft was on its way to Baltimore when passengers smelled smoke and pilots discovered there was a pressurization problem.

"They started smelling smoke in the cabin. The pilots decided to make a precautionary landing at the airport. We were the closest airport," said Timothy O'Donnell, South Bend Airport Director of Operations and Maintenance.

None of the 65 passengers were injured, but O'Donnell says close to a dozen emergency responders were called in just in case.

"It's not unusual for this type of landing to occur and for it to happen without incident -- hey, we're just happy we could help Southwest Airlines out," said O'Donnell.

Now they have to figure out what to do with the grounded plane.

"They're going to have to take a look at the mechanical systems of the aircraft to see what it's going to take. The airlines will assess to see how long it will take to make those repairs, if they have the resources to be able to do so in a short time-frame," said O'Donnell.

No other flights in South Bend were impacted by the unscheduled landing.