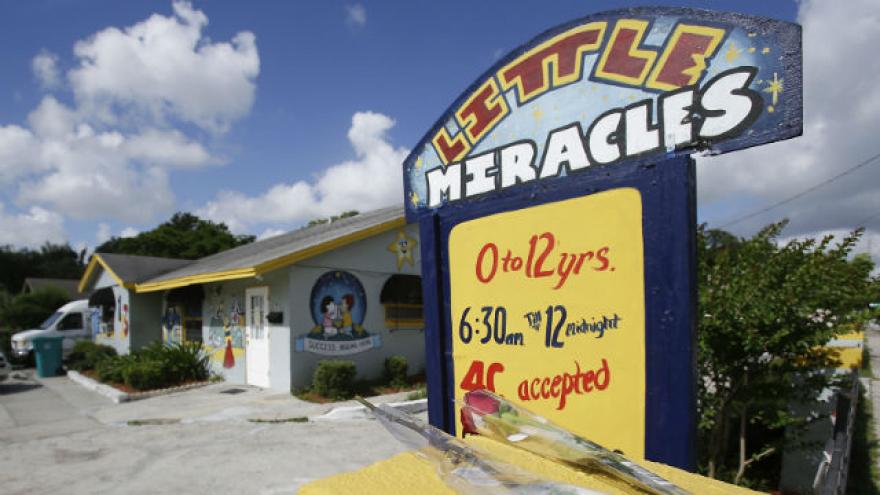 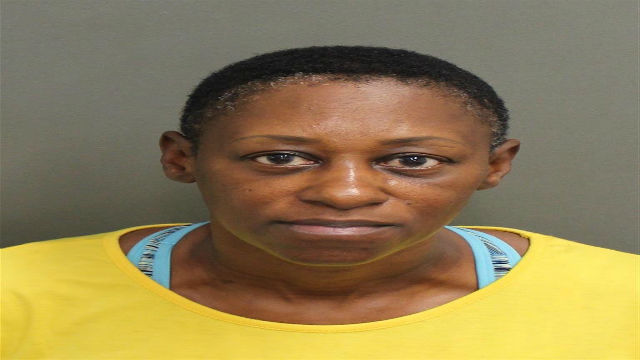 Police said Deborah St. Charles,51, was driving the van that thebody of Myles Hill was found in. Orange County Jail

(CNN) -- The employee who drove the van that a 3-year-old child was later found dead in outside a Florida day care has been arrested, police said Thursday.

Deborah St. Charles, a former employee at Little Miracles Academy in Orlando, was arrested for aggravated manslaughter of a child, according to the Orlando Police Department.

Myles Hill was found dead in the van on Monday, police said, after St. Charles allegedly used the vehicle to transport a group of children from one of the facility's locations to the other.

The vehicle, described in the arrest warrant as a 2000 seven-passenger Honda Odyssey, is used to pick up and drop off kids at the homes, as well as transport them between the two locations.

According to the warrant, St. Charles picked up Myles from his grandmother's apartment and placed him in the van with six other children, who were all under age 11. Myles' grandmother, Brenda Watts, also paid St. Charles for Myles' child care.

St. Charles then drove to the other location with the children in the vehicle, the warrant said.

St. Charles told police that she assumed all the children had already entered the facility, but admitted to not doing a headcount. According to the warrant, St. Charles turned over the payment for Myles' child care, left the facility and drove back to the original location.

When St. Charles arrived at the original location, she told police she received a phone call, opened a sliding door on the driver's side and grabbed some personal property from the floor of the van. She then closed and locked the van "without inspecting the interior," the warrant said.

Myles was located around 8:30 that night, after Watts called the facility because Myles hadn't been brought home from day care, according to the warrant. The high temperature in Orlando was around 93 degrees Fahrenheit on Monday, according to Weather Underground.

The temperature inside the van reached as high as 144 degrees Fahrenheit by 3 p.m. on Monday afternoon, according to a simulation conducted by Orlando Police Crime Scene Investigators.

It was unclear late Thursday if St. Charles had a lawyer.

St. Charles was not an approved driver on the roster at Little Miracles Academy, according to David Frady, spokesman with Florida Department of Children and Families, or DCF.

Drivers who regularly provide transportation at child care facilities in the state must have a valid license, an annual physical that grants the driver medical approval to drive and valid certificates for first aid and CPR training. The documentation must also be maintained at the facility, Frady said.

It was unclear why St. Charles ended up driving the children on Monday.

Audrey Thornton, the owner of both facilities, said during a press conference on Wednesday that St. Charles was fired shortly after the incident. DCF officials shut down both locations of Little Miracles Academy on Wednesday, DCF Secretary Mike Carroll said in a statement to CNN.

"Based on the tragic circumstances of this case, both facilities have now been shut down. We will continue to aggressively act to keep kids safe and will hold anyone accountable who doesn't follow the law," Carroll said.

The department delivered an emergency suspension order to Thornton on Wednesday. It said no children will be allowed at the facility until DCF "determines it is safe for them to return," communications director Jessica Sims said in a statement.

Little Miracles Academy is an "immediate serious danger to the public health, safety and welfare," the order said.

According to the order, St. Charles was tasked with picking up kids and dropping them off at the second location of Little Miracles Academy, where Myles is enrolled. Based on the ages of the children who were in the van, only five children should have been transported. An 11-year-old was allegedly sitting in the front passenger seat despite the vehicle having airbags, which is a Class 1 violation, according to the order.

The van also did not have child seats for the children 3 years old and younger and did not keep a transportation log that day, the order said.

The order also notes that Myles was marked as "present" on attendance records at the facility.

Carroll said the department is conducting its own "thorough investigation," and assisting in a criminal investigation.

A family member told CNN affiliate News 13 that they called the facility on Monday to ask about uniforms, and Myles' attendance never came up.

The facility was closed just hours after Thornton spoke publicly for the first time, tearfully pleading with the child's family for forgiveness.

"I'm so sorry, I'm sorry for your loss and I don't want y'all to be upset at me. I loved Myles, I took care of Myles since he was a baby."

"You know I loved all of my kids at both locations. I took care of all of my kids, I did what I could do to provide for them and teach them everyday," she added during a press conference.

Robert Nesmith, Thornton's lawyer, told reporters earlier Wednesday that if DCF moved to shut down the facilities, they would respond as necessary.

Myles' cause of death was listed as hyperthermia "due to environmental exposure," according to the District Nine Medical Examiner, which performed a post-mortem examination.

An autopsy is still being conducted, but Myles could be the 32nd child this year to die in a hot car in the United States -- and the fifth in Florida, Mina said. An average of 37 children die each year in hot cars, according to safety organization Kids and Cars.

Myles would have turned 4 on August 22.

A review of the facility's recent inspection reports found that Little Miracles Academy was given five licensing violations by DCF for failing to comply with standards over the past two years -- standards including personnel records, supervision and transportation.

In June 2015, the DCF found that staff had failed to include a signed Child Abuse and Neglect Reporting Requirements form in its personnel records. According to the department, all child care personnel are required by law to report any "suspicions of child abuse, neglect or abandonment."

In March 2017, the department found that staff were not "within sight and hearing" of the children during nap time, staff members failed to keep a current record of attendance on hand during a fire drill and staff failed to store medications "out of a child's reach." In July, the department said the facility's transportation log failed to include multiple required elements, including destination and arrival times and locations.

Sims said the DCF provided on-site counseling "regarding the correct way to document transportation" after the facility was cited for transportation documentation.

Little Miracles Academy then "acknowledged the proper procedure would be followed." The department would have reviewed the issue again at the next licensing inspection, Sims said.

Nesmith said Thornton could not answer whether any changes were made at the facility after the violations were flagged.

Florida law requires child care facilities to maintain driver's logs when children are transported and for the facility to retain them for at least four months.

The logs should include each child's name, date, time of departure, time of arrival, driver's signature and the signature of a second staff member to "verify the driver's log and that all children have left the vehicle," the warrant said.

The DCF's Carroll said in a statement on Wednesday that Little Miracles Academy "was previously cited for not keeping proper paperwork."

According to the warrant, driver's logs were recovered in the facility's van where Myles' body was found, but that they "did not comply" to the standard required by the state. "These logs only showed a pickup time and a signature of the child's guardian," the warrant said.