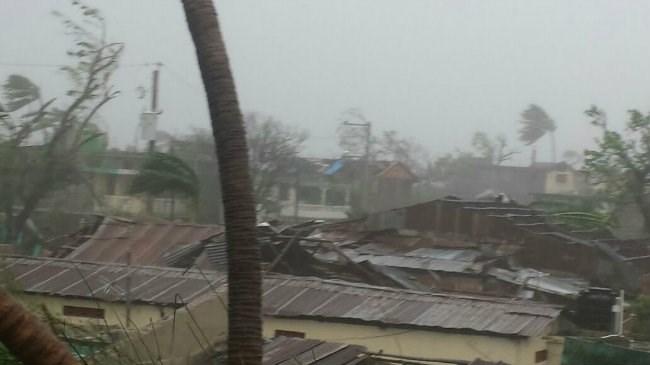 No evacuations have yet been ordered, but governors in several states have warned residents to be prepared to leave their homes if the need arises.

One suggested people who could go do so now.

Matthew is an "extremely dangerous" Category 4 hurricane that made landfall in western Haiti on Tuesday morning. It then headed toward Cuba with winds of 140 mph, according to the National Hurricane Center. The Bahamas are next.

The forecast is that Matthew will ride along the Southeast US coast from Florida through the North Carolina Outer Banks from Thursday evening through Saturday. It could make landfall at any point and all areas should be on guard.

Here are how Southern states are preparing for potential effects as Matthew moves north:

"We have to be prepared for a major hurricane," Scott said. "We have to prepare for a direct hit."

The governor told residents along the state's Atlantic coast: "If you are able to leave early, leave now."

The storm has killed seven people in the Caribbean and Scott said his goal is to make sure no one dies in his state.

"If Matthew directly impacts Florida, there will be massive destruction that we haven't seen in years," he said.

A tropical storm watch has been issued from the central Florida Keys northward to Golden Beach, including Marathon Key, Miami and the Fort Lauderdale metropolitan area.

Scott declared a state of emergency for his entire state.

Gov. Nathan Deal has issued a state of emergency in 13 coastal counties.

"We urge residents in these areas to remain calm but vigilant as they prepare for potential impact," Deal said.

South Carolina Gov. Nikki Haley, in declaring an emergency, said the state would begin medical evacuations ahead of Hurricane Matthew on Tuesday and coastal evacuations on Wednesday afternoon.

Schools and government offices in 25 counties will be closed Wednesday. Some schools will be used as evacuation shelters.

Gov. Pat McCrory has declared a state of emergency for more than half of the state's 100 counties.

"Many of our central and eastern counties are already saturated from storms during the past few weeks," Emergency Management Director Mike Sprayberry said. "We are preparing for additional flooding, downed trees and widespread power outages in the coming days."