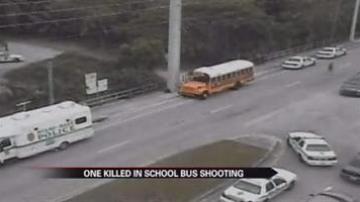 HOMESTEAD, Fla. -- A 13-year-old Florida girl is dead after another student opened fire inside her school bus.

Police said a male fired a gun inside the bus around 7 a.m. Tuesday morning hitting the teenager.

The victim was airlifted to a nearby hospital were she died from her injuries.

The suspected shooter is in custody. And the police are still working on a motive.

Police said there were several other children inside the bus including the victim's seven-year-old sister.

No one else was hurt.