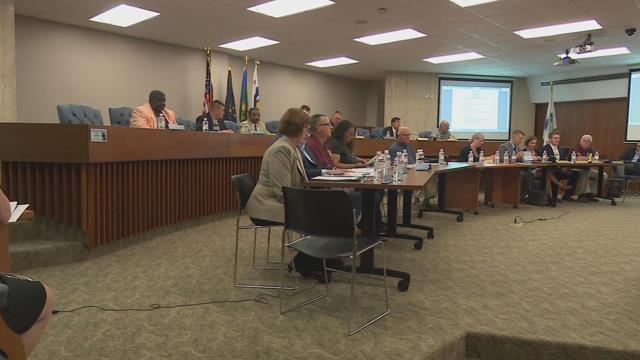 A new tax could be coming to St. Joseph County residents every time they eat out.

But some councilmen were concerned this proposal might be unfavorable to both taxpayers and state legislators.

Rhonda Cook of Indiana Association of Cities and Towns explored the tax and presented her findings to the three area legislative bodies.

For the first time in recent memory, all three met under the same roof.

“All three councils have come together there forming a unified front to take a look at, researching a food and beverage tax to come to St. Joseph County,” said Marcy Dea, Executive Director of the Potawatomi Zoo.

This meeting was just an exploratory measure as even members of the joint council were hesitant about asking taxpayers to pay more.

“I like many others would not like to see the prices have to go up for that standpoint unless it’s something that we can really justify for that,” said Oliver Davis, South Bend Councilman.

One reason for this proposal could be seen on the buttons that read “I love the zoo” a few folks attending the meeting: needed upgrades to the Potawatomi Zoo.

“What we’re asking tax funding for is to implement our new zoo masterplan, much need upgrades to the zoo, plus several new exhibits for the community,” said Dean.

But this council made it clear this isn’t a zoo tax.

Only a quarter of the one percent tax would go to that project.

But still a few in the audience weren’t sold on the idea.

But their proposal might be a tough sell downstate before it reaches taxpayers’ pockets.

“You’re taxing family meals, you’re picking one specific business as opposed to all retail,” said Tim Ruys, Operating Partner at Ruth’s Chris Steakhouse. “Restaurants have some of the lowest operating margins already, of all retail, so it’s not a good thing.”

Each council could choose to add its own tax.

That means if the county passes it, South Bend and Mishawaka taxpayers would pay two percent instead of just one percent.

Ultimately though, the decision lies on state lawmakers as they are the ones to approve it.

The joint council can only make a recommendation.