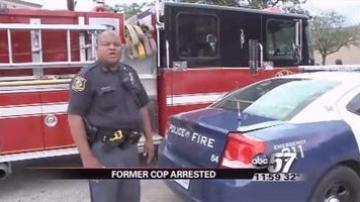 He is accused of forcing a 24-year-old woman to perform oral sex on at least two separate occasions.

They said Graves also forced her to have sex with him.

He allegedly busted her with marijuana and threatened to arrest the woman if she did not do as he said.