Former board member contesting his dismissal 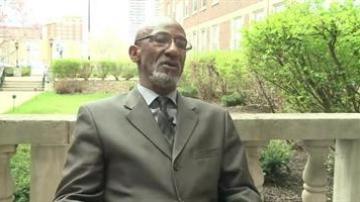 SOUTH BEND, Ind. -- A South Bend man who was just taken off the city's Diversity Utilization Board Monday night says he was just doing his job - and that's what got him removed.

Joe Shabazz said he was trying to make sure city contracts were divvied up to include minority business owners.

He said that's what cost him his position.

Shabazz said he plans to appeal the South Bend City Council's decision to dismiss him.

The same council appointed Shabazz to the board in a 7-2 vote.

Council members said a city employee filed a complaint against Shabazz accusing him of speaking to her in an inappropriate tone.

In an unrelated incident, some council members said Shabazz stepped out of line by asking a local contractor if they had an affirmative action plan when it came to hiring contractors for a job at the La Salle Hotel.

Shabazz said his goal was to make sure the city was doing everything to follow tax abatement request protocol and he questioned how genuine the contractor's affirmative action plan was.

“I question the sincerity, I’ve got to be honest. And I question why community and economic development community investment didn’t verify that they had that beforehand," said Shabazz.

We spoke with two of the three council members who voted not to dismiss Shabazz.

We are trying to get a hold of that meeting's minutes.