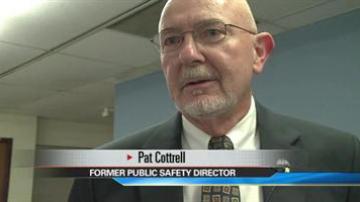 Monday's City Council Meeting ended with a bang when Patrick Cottrell, former president of the South Bend Public Safety Board, took to the podium.

Cottrell says everyone needs to know the truth about what happened that night in April outside of the Martin Luther King Center.

"Mayor you cannot have it both ways. You can't refuse to give the public answers to all the questions and facts of what happened that night and the subsequent Indiana State Police investigation, but then tell the public part of the details to justify your bad decision," said Cottrell.

Cottrell says Mayor Buttigieg made the wrong decision and it was solely based politics.

He says the truth about what happened is in the investigation, and while he could not give any details, he did say Chief Teachman is not the man he portrays himself to be.

Cottrell also says that the investigation shows Teachman is not fit to be chief of police.? ?

"It could impact a lot of things in the future, when the facts come out about what happened. There isn't any ulterior motive other than I want the right decision made in this case; And the right decision is for Chief Teachman to resign." explained Cottrell.

Chief Teachman was not at the meeting Monday night. Cottrell says he has not talked with Teachman or the mayor since he resigned from the board.