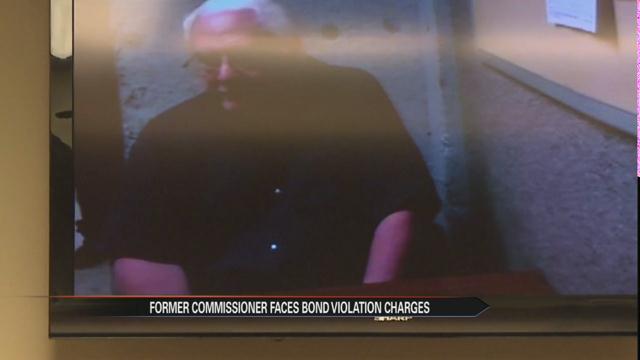 A former Berrien County Commissioner spent the weekend in jail after a judge said he was in contempt of court for violating his bond agreement following an embezzlement case.

In March, Robert Wooley pleaded guilty to embezzling $100,000 or more from the North Berrien Senior Center which carries a 20 year maximum sentence.

Wooley also pleaded guilty in March to attempted embezzlement of $20,000 to $50,000 from the North Berrien Fire Rescue.

On Monday Wooley was arraigned for allegedly crossing state lines to go to the Blue Chip Casino several times according to Judge Sterling Shrock.

Francis Wooley, Robert Wooley's mom, said this situation has been 'tragic' for her family, and she said her son has a gambling addiction.

Judge Shrock said Wooley was reported to have been at Blue Chip Casino four times since the end of February.

A concerned taxpayer who has been following this case closely thinks this is ridiculous.

Francis said her son needs help and counseling for what she says is a gambling addiction.

Along with the misdemeanor for violating bond, on Monday Judge Shrock added a new condition to Wooley's bond agreement. In court, Judge Shrock said Wooley can't drink alcohol, go to a bar, or go to a casino.

Briand questioned why this was not in the first bond agreement.

Briand said, “Blue Chip Casino is one of the material witnesses? Their records department? I believe they should have restricted him from gambling right from the start.”

Wooley is scheduled for sentencing in regards to the embezzlement case on April 20th.

On Monday afternoon Wooley bonded out of the Berrien County Jail.