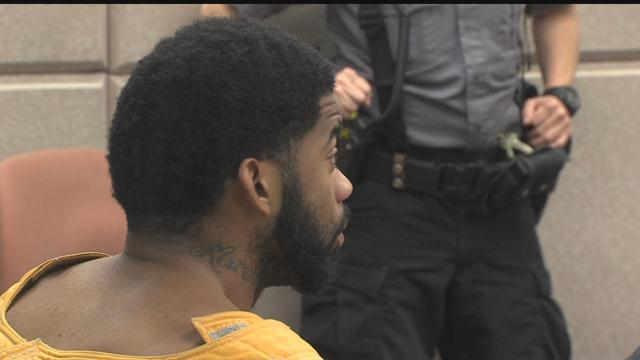 Heaggan-Brown has been charged with first degree reckless homicide.

The shooting happened on August 13 in the 3200 block of North 44th Street in Milwaukee.

After the shooting, there was violent unrest in the city of Milwaukee.

According to the criminal complaint, body camera footage shows Smith carrying a black semi-automatic handgun with an extended magazine.

The video shows Smith slip to the ground as he approaches a chain link fence between two houses. It also shows him get back on his feet, with the gun still in his right hand. He then turns his head and upper body toward the officer. Smith then raises the gun upward, while looking in the direction of the officers, then throws the gun over the fence into the yard.

He was shot first in the bicep and then fell to the ground. While on the ground Heaggan-Brown is seen on body camera video walking up to Smith and pointing his gun at Smith's chest and firing.

They did not search for a second gun after the shooting.

Smith's firearm was not discharged.

The District Attorney has said the body camera video will not be released before the case goes to court.

The Family of Sylville Smith released this statement about the former Milwaukee Police Officer being charged in the death of their family member:

We appreciate that the District Attorney has shown independence and sound judgment in prosecuting the officer who shot and killed Sylville. We also appreciate that this is but the first step in holding that officer accountable, but a necessary step in bringing some measure of justice.

We always believed that Sylville should be alive today, and that this rogue officer was completely wrong. Though the decision to prosecute cannot bring back Sylville, justice is needed for our family as we continue to move through deep grief and seek justice for his wrongful death.

We ask that the press please respect our need for space and privacy, as we begin to process the District Attorney’s decision and continue to mourn the loss of Sylville. Press inquiries may be made to Attorney David B. Owens, of Loevy & Loevy, 312-243-5900. Please respect our wishes and do not contact us.

The Family of Sylville Smith