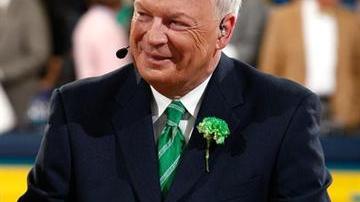 Phelps said he is very upset by what he is seeing recently in the news about teens shooting and killing other teens.

Washington High School students, Chris Simril, Alejandro Tinoco and former student Jazmin Conlee have all been shot and killed since the start of the year.

Several other students who once attended Washington have also been shot during the past few months.

Arrests have been made in Tinoco and Conlee's murders, the killer is still at large for the shooting death of Simril.

"We have lost that family concept in neighborhoods. We in South Bend are a family, we've got to help our brothers and sisters," Phelps told ABC 57 News during his only sit down interview Thursday.

Phelps said mentoring is a key component in keeping our young people on track. Currently there are about 200 members in Phelps'  "Dream Team." He hopes to up that to 700 by the start of the next school year.

"You get five lunches a week. I don't want your money, I want an hour," said Phelps.

He believes that it is going to take neighbor helping neighbor, young professionals coming together to care for our young people.

"If that's all you know is street violence, when it's your turn to live it, you're going to do it."

A luncheon is scheduled for May 2nd where Phelps is going to unveil his plans moving forward with the Dream Team.

The team has been working with youth for nearly 20 years and he wants to see it grow and he believes now is the time.

"This is enough, we need to stop this, too many shootings, too many guns and too much violence is going on in this community."

Once we learn how to sign up for the program on May 2nd we will of course pass that information on along to you.