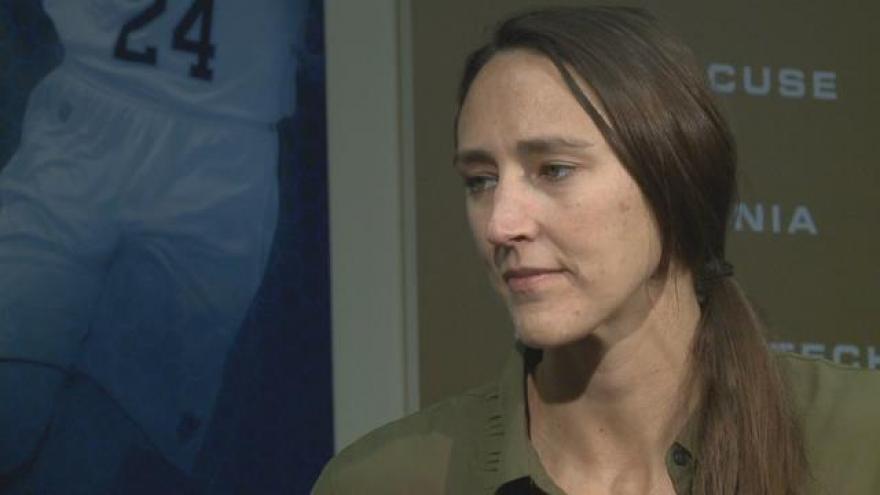 Ruth Riley's jersey hangs in the ring of honor above the Notre Dame Basketball court. She is one of the greatest women's basketball players of all time. She has used the sport as a means to make a difference all around the world.

At 6-foot-5, there was no doubt Riley was going to be a basketball star.

She scored more than 2000 points and grabbed more than 1,000 rebounds during her career at Notre Dame. She even led the Irish to the 2001 national title.

"Being able to win the first National Championship here and just a small part of building the program to where it is today, I think I have great pride and appreciation for having a role in doing that," Riley said.

Riley won the national player of the year and went on to win two WNBA titles and a gold medal for Team USA in 2004.

Riley supports several charitable organizations around the world, including the United Nation Foundation's "Nothing But Nets" to prevent malaria, the "No Kid Hungry" to provide children with free meals and the #IamAMogul campaign to empower girls.

"I would say using the platform of sports that I've had in a meaningful way beyond the sport itself. And a lot of the humanitarian work I've been able to do. That gives me just great purpose and meaning to my life," Riley said.

Riley retired from playing in 2014 and returned to Notre Dame to earn an Executive MBA from the Mendoza Business School in 2016.

She finds herself back in basketball in a new role-as general manager of the WNBA's San Antonio Silver Stars.

Riley credits her success to those around her--especially Coach McGraw.

"She is absolutely one of the most influential figures in my life. Whether it was playing for her 15 years ago, to now just as a mentor, a friend, a resource. Just really fortunate to have been extended the opportunity to come here and just the greatest decision I have ever made," Riley said.

Riley has had so much success at every level of her career that it almost doesn't even seem possible.