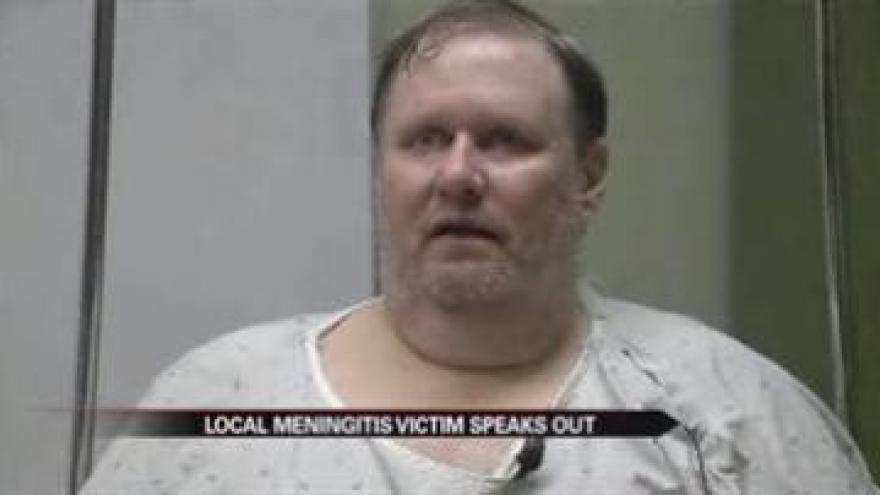 ST. JOSEPH COUNTY, Ind. -- A total of 34 people in Indiana have been diagnosed with fungal meningitis. One of the victims is a former St. Joseph County Police Officer.

"I've been through a lot of stuff my whole entire life,” said Jack "Pappy" Pavlekovich. “I was never afraid of anything this is the first time I have to say I am really afraid right now."

Pavlekovich, better known as Pappy, is a retired St. Joseph County Police Officer. He started his law enforcement career in 1975 with the Osceola Police Department. In 1977 he accepted a road patrol position until a few years later when he became a detective.

Right now he's in a fight for his life.

It started last month after he got two steroid shots at the OSMC clinic in Elkhart. The shots were supposed to help relieve chronic back pain. He says the first shot was injected on Sept. 10, the second on Sept. 24.

"I had a total of four back surgeries."

Those injections were contaminated and now he's battling fungal meningitis.

"At that point and time I was really, really concerned I thought we were going to lose him,” said Tammy Pavlekovich, Pappy’s wife.

His wife says he had congestive heart failure when he was first admitted to Memorial on Oct. 5.

Since then she's been doing a lot of research.

"And there's a good possibility that in the end you die from it and that just terrifies me,” she said.

The couple has two young daughters.

"I brought my girls up and my girls had a very hard time seeing their dad with all the IVs and tubes,” said Tammy. "My girls cry every night that their dad is not home."

She said his health has improved.

"He's now sitting up he's talking to us which before he could not do,” said Tammy.

Pappy said he will give everything to this fight.

"For Ashley, Jamie and Tammy,” he said.

According to the CDC website which was updated Thursday, 20 people have died throughout the country from the multistate fungal meningitis outbreak and 257 people are listed as having the infection.