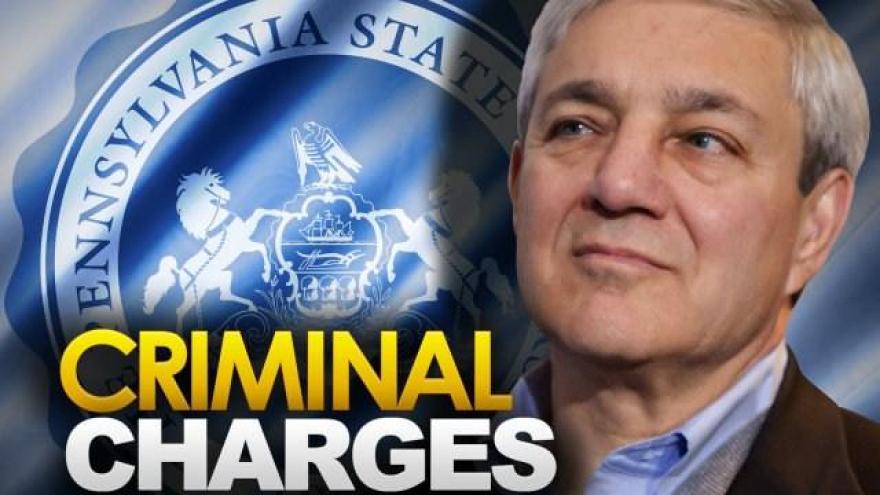 Former Penn State President Graham Spanier was found guilty Friday of one misdemeanor count of endangering the welfare of a child. No date has yet been set for Spanier's sentencing. His conviction carries a maximum penalty of five years in prison and a $10,000 fine.

The jury in the Dauphin County courthouse acquitted Spanier of more serious allegations, including conspiracy charges and a felony count of child endangerment.

"There are zero excuses when it comes to failing to report the abuse of children to the appropriate authorities," Pennsylvania Attorney General Josh Shapiro said Friday in a press conference after the trial. "No one is above the law. Especially when it comes to the welfare of children."

Spanier's attorney, Sam Silver, said in a written statement that the former president intends to appeal the verdict.

"While we are disappointed with the jury's verdict, we are gratified that it was of only a single misdemeanor count. We certainly respect and appreciate the jury's hard work," he said. "There always have been substantial questions in this case that need to be reviewed and resolved by the appellate courts, and we fully intend to pursue an appeal."

Speaking to reporters after the verdict was announced, lead prosecutor Laura Ditka called the conviction "a major victory."

Asked if she was disappointed by Spanier's acquittal on felony endangerment charges and failure to make a report, Ditka said no.

Penn State responded to the verdict in a statement posted on the university website.

"Penn State has extraordinary expectations of our leaders, who must set and maintain the example for reporting, ethics and compliance that reflect best practices," it reads in part. "In the view of the jury, with respect to Spanier, and by their own admission, as to Curley and Schultz, these former leaders fell short. And while we cannot undo the past, we have re-dedicated ourselves and our University to act always with the highest integrity, in affirming the shared values of our community."

Since the arrest of Curley and Schultz in 2011, and that of Spanier in 2012, questions have been raised about how officials handled multiple reports that Sandusky was acting inappropriately with young boys at Penn State facilities. Some reports alleged rape, some alleged nothing more than strange behavior.

Spanier made a name for himself in the world of academia by successfully raising millions of dollars and transforming Penn State into one of the most well-respected state institutions. He was also a fascinating character: He studied sociology and wrote papers about mate-swapping and extramarital behavior, which made for entertaining reading for students. He played the washboard at a local bar in town, and spent a night each semester sleeping in freshmen dorms.

But he was also notorious for his ego. Critics say he had a misperception of the world outside of his bubble and did not understand the implications of the Sandusky scandal when it broke. He didn't appear to understand that the world was watching, telling people the news vans would soon leave campus and things would go back to normal in a few days.

He was wrong. Four days after Sandusky's arrest on November 5, 2011, Spanier was fired, along with Paterno.

By the end of the following year, he'd been arrested and charged.

He has always maintained his innocence.