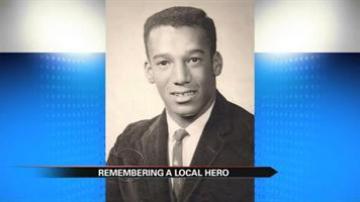 Norval Williams was born in South Bend and graduated from Adams High School. He then joined the Marines and served for four years.

He then returned to South Bend.

“He had always, always wanted to be on the police department here in South Bend,” she said.

And that’s exactly what he did.

Norval joined the force in 1970, working his way through the ranks and eventually becoming a lieutenant.

Norval’s brother John, who is also a retired police officer, says he always admired how much his big brother cared for those in the community.

“He did so many good things for people. Not only for the good people, but for the bad people,” John said.

Sareena recalled a time Norval even housed a woman in danger after someone had attempted to kill her.

And she says his compassion was seen by all that knew him.

“He had a super, super personality. Everybody loved him,” said Sareena.

But sadly, Norval passed Tuesday at the age of 69, after several years of being in and out of the hospital for different illnesses.

We asked Sareena about her husband's legacy.

“Norval would just want people to look at him as a nurturer and someone who put other people in front of his own self.”