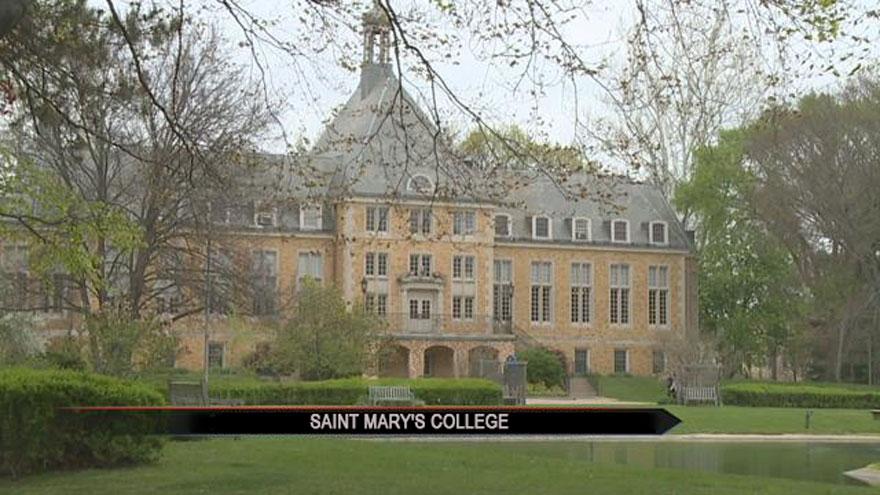 ST. JOSEPH COUNTY, Ind. -- The former president at Saint Mary's College has filed a lawsuit against the school alleging the school has not met its obligations set forth in her contract and resignation agreement.

Janice Cervelli resigned as president of Saint Mary's College as of December 31, 2018.

As part of her resignation agreement, Cervelli was to be paid severance in the amount equal to her October 2018 salary for twelve months beginning January 1, 2019, according to court documents.

In addition, the college allowed Cervelli to continue her position as a tenured faculty member and she was to be paid in an amount equal to the highest paid professor at Saint Mary's as of January 1, 2019, according to court documents.

In her lawsuit, Cervelli alleges she was pressured to resign despite having favorable reviews by the board, court documents said.

She says after her resignation, the college has refused to recognize her status as a tenured faculty member and has not paid her for January and February 2019.

Cervelli is asking for reinstatement to the faculty, unpaid compensation, and severance payments.

“The Saint Mary’s Board of Trustees is aware of, but not surprised by, the Complaint that has been filed by former president Janice Cervelli,” said Mary L. Burke, Chairperson of the Board of Trustees.  “We obviously disagree with the allegations raised by Ms. Cervelli’s lawyers, their descriptions of the agreements, and their account of the facts. The Trustees have honored all of its agreements with Ms. Cervelli and has fulfilled all of its obligations to Ms. Cervelli as a tenured member of Saint Mary’s College faculty.”

Burke added that the Trustees look forward to responding to these allegations and ultimately resolving this matter with finality, and they will file a written response to the allegations with the appropriate court in due course.

“As a matter of employee confidentiality and in accordance with Ms. Cervelli’s contract with the College, we will continue to refrain from commenting on the specifics involving her departure from the College,” Burke said.