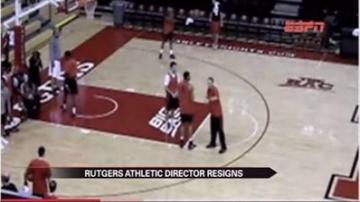 The former coach was fired earlier this week.

Pernetti came under fire for choosing to suspend and fine rice when he found out about the video in November.