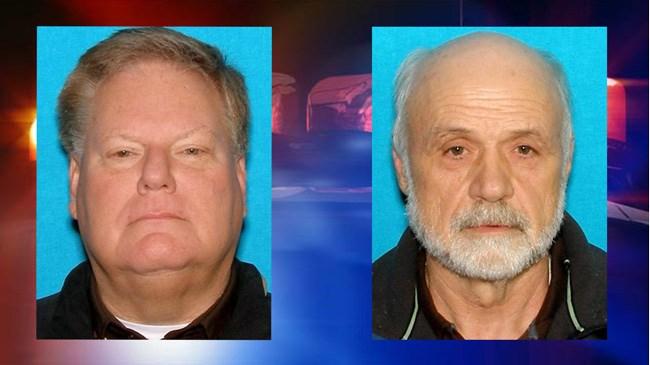 Former Sheriff Michael L Gayer is facing two counts of theft, three counts of official misconduct, one count of obstruction of justice and one count of deception.

Former Chief Deputy Ronnie L. Patrick is facing five counts of theft, four counts of official misconduct, one count of obstruction of justice and one count of deception.

The charges are related to firearms missing from the Pulaski County Sheriff’s Department inventory and evidence storage, according to the Marshall County Prosecutor’s Office.

The items were not discovered missing until Sheriff Jeffrey Richwine took office and ordered an inventory, the prosecutor’s office said.
Gayer’s term as sheriff ended in 2014.

In August 2015, Richwine asked the Indiana State Police to investigate. When that investigation was complete, a special prosecutor was appointed.
The Marshall County Prosecutor recommended the evidence be reviewed by a Grand Jury.

The Grand Jury returned indictments on all counts against Patrick and Gayer.

Gayer turned himself into the Pulaski County Jail on August 9, then posted bond.

On August 10, Patrick turned himself in to the Marshall County Sheriff’s Department. He has since bonded out.