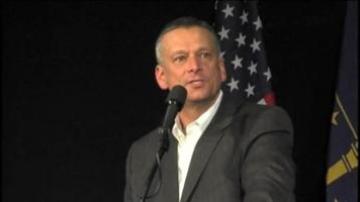 INDIANAPOLIS, Ind. -- The former leader of Indiana's schools has reached an agreement with the state over alleged ethics violations, an attorney announced Monday.

Jason Barclay, one of Bennett's attorneys, said there is an "agreed settlement" that will be reviewed by the State Ethics Commission at its regularly scheduled meeting on Thursday.

The inspector general filed the charges in November, shortly after The Associated Press reported Bennett had kept Republican Party fundraising lists on his state computers and top staff had been campaigning on state time.

Bennett issued a statement in November saying he had done nothing wrong and would cooperate with the investigation.

Barclay would not comment further, saying the details of the settlement are confidential until the time of the meeting.

The ethics commission had originally pushed back hearing Bennett's case until August 14.