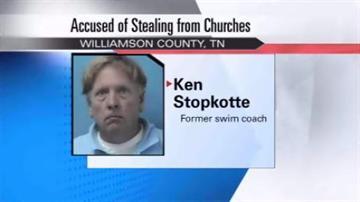 FISHERS, Ind. — A former Fishers, Indiana swim coach accused of stealing checks from a church has been captured.

Ken Stopkotte was on the run for months. Authorities just found him in Mexico. He is now facing extradition to the United States.

The former coach was supposed to appear in court in April but never showed.

An affidavit alleges that he stole nearly $100,000 in checks from more than a dozen churches in Tennessee.

Criminal charges have not yet been filed.