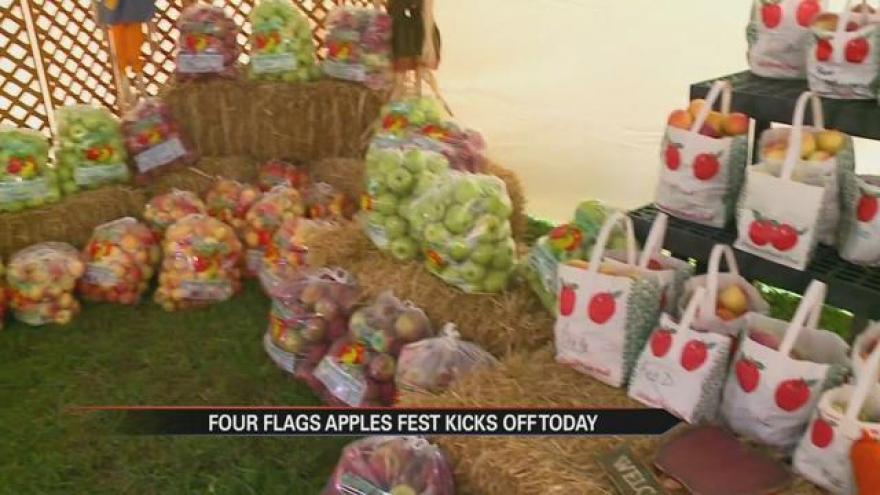 The Four Flags Area Apple Festival is set to begin Thursday afternoon in Niles and is expected to bring in tens of thousands of people over the next four days.

Those in attendance can look forward to a carnival like atmosphere, which includes two Ferris wheels and multiple other rides.

The festival started in 1972 to pay tribute to the harvest season and the festival’s founders thought what better way to honor the harvest, than with apples.

And this year nothing is off limits as dumpling, caramel, donut, and cookie apples are all an option.

Patricia Teeter is on the festival’s board of directors and says there’s not a lot going on this time of year in Niles which means this event is a big deal for the area, especially for its economy.

“There’s not a whole lot of other things going on this type of year so all the area merchants are happy to see some people coming in and buying  their goods so they’re very supportive and it helps the economy bring people in from all over,” said Teeter.

Patricia also says that it takes two weeks to set the festival up and because it's a nonprofit, all the money made over the next four days goes right back into the festival, for next year.

The Four Flags Area Apple Festival is on the corner of Lake and 17th Street.