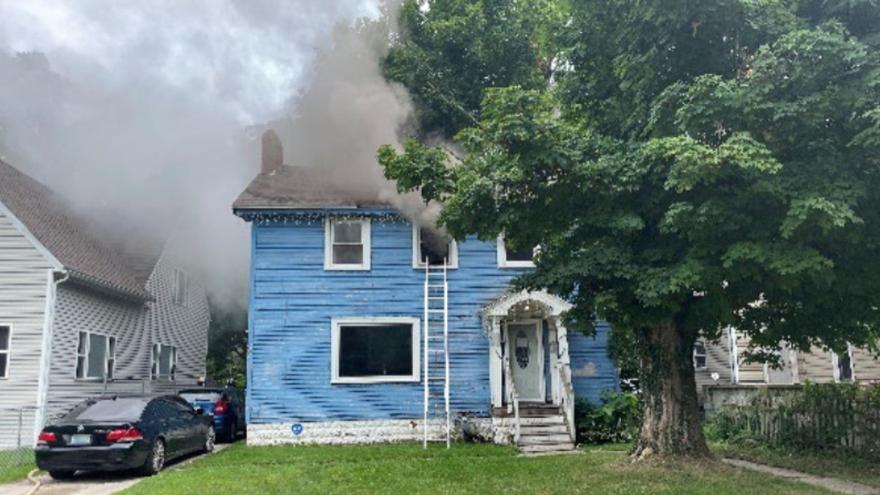 BENTON HARBOR, Mich. - Four people escaped a house fire on Friday by jumping from the second story onto a trampoline in the backyard, the Benton Harbor Department of Public Safety reported.

Fire crews arrived and found the fire showing from the kitchen in the back of the house.

One adult and three juveniles escaped the fire by jumping from the second-floor roof onto a trampoline in the backyard, reports said.

Crews got the fire under control in 15 minutes.

A dog died in the fire.

Investigators believe the cause of the fire was electrical and that it started in the kitchen.

The home had no working smoke detectors, reports said.

The Department of Public Safety is reminding residents that they can receive working, 10-year battery smoke detectors and CO detectors from the department for free.