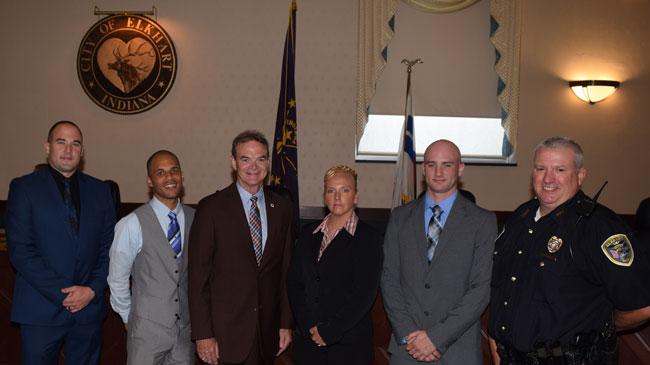 Four new Elkhart Police officers were sworn in Tuesday by Elkhart Mayor Tim Neese during the Board of Safety Meeting.

The four new officers bring the department up to 122 officers.

The new officers are:

The other officers will attend the 15 week academy, then will return to Elkhart for 12 weeks of field training.