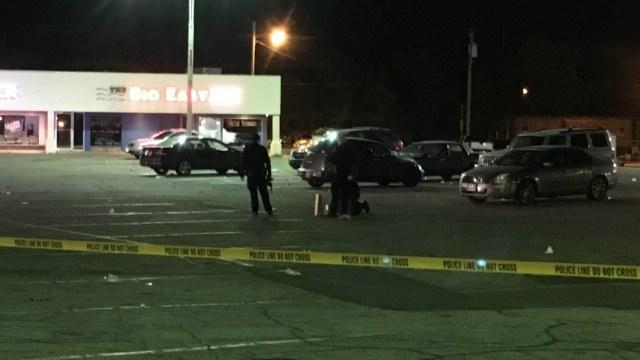 Four people were shot after an early morning fight in Elkhart County.

Elkhart police officers were called to the parking lot of Easy Shopping Place after reports of a fight.

Once on scene, officers saw nearly 100 people fighting and then heard multiple gunshots.

Four people were injured and all taken to the hospital but are expected to be okay.

Officers collected more than 40 shell casings from the parking lot.

One building and a vehicle were also hit by bullets.