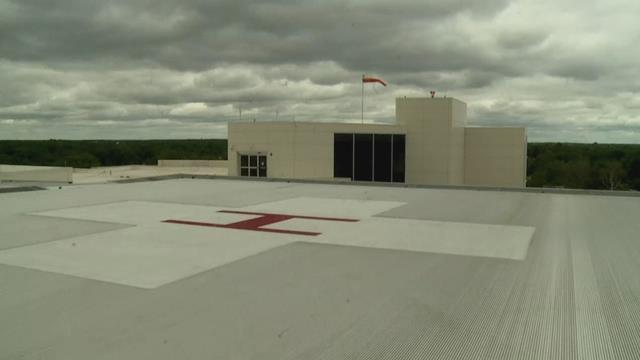 For a fifth consecutive year the Symetra Tour stops in South Bend.

Memorial Children’s Hospital has been the beneficiary of the funds raised from the tournament the past couple of years, helping them purchase some very important life saving devices.

Two very important items on the list this year.

MRI Goggles a portable ultra sound machine, equivalent to the size of an iPad mini.

Kreg Gruber is the Chief Operating Officer at Beacon Health System.  He says being a part of the Four Winds Invitational and the partnership with the Pokagon Band means a great deal.

“That their a partner of our and very supportive. And they’ve been able to help us acquire technologies that we wouldn’t have been able to get as quickly as we have,” says Gruber.

Rod Logan is the director of Med Flight.

“Ordinarily we would have to put this on a wish list. And wait for the funding to be available to obtain this,” says Logan.

But because of the generosity of the Pokagon Band and the proceeds from the four winds invitational, that wish list will be fulfilled as early as this fall.

“Certainly it’ll allow us to earlier identify and do some diagnostic testing during flight and sometimes before we get in to flight when we are in outlying facilities that don’t have that technology,” says Logan.

Gruber says pairing these technologies with Med Flight will pay dividends for years to come and save the lives of young children who need emergency care.

“The ability to get them where they need to go to get the best care they can have – is really important. So med flight plays an incredibly important role in that transport in terms of speed. So having technologies that you can incorporate right in to med flight like that portable ultra sound? Awesome,” said Gruber

Over the past several years, the tournament has raised more than quarter of a million dollars for Memorial Children’s Hospital.