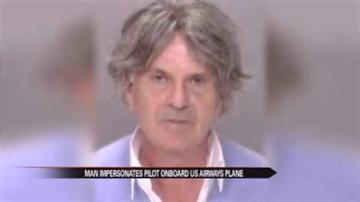 PHILADELPHIA — A man posing as a pilot got access to the cockpit on board a US Airways plane.

The 60-year-old man is a French citizen.

Law enforcement says he was wearing what appeared to be an Air France pilot's uniform.

He boarded a flight in Philadelphia Friday as a ticketed passenger.

He asked for an upgrade to first class but was denied.

It was at that point he reportedly headed for the cockpit.

"It's concerning because we don't know what his designs were," said Michael Murphy, captain of the Philadelphia Police Department.

They say he also showed what appeared to be an Air France crew member ID card.

He then sat down in one of the cockpit jump seats.

When the real pilot boarded the flight, the impostor was removed.