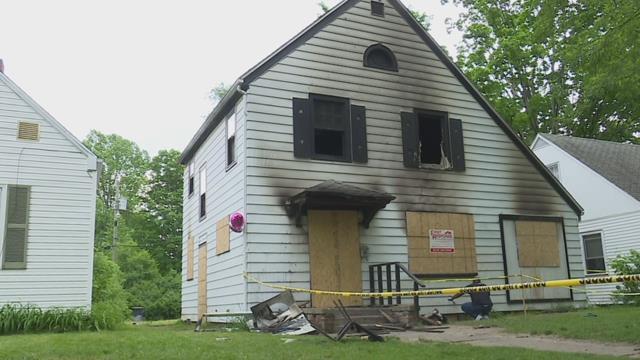 The fire began sometime before 1:30, somewhere on the first floor of an O’Brien Street home.

South Bend Fire says there were working smoke alarms in the home.

Five people were sent to the hospital, including the girl who lost her life.

A report says she succumbed to her injuries.

“I try not to think about what happened last night,” neighbor T.J. Brown said.

But Thursday afternoon, it was impossible to ignore the effects of those overnight flames.

“The hardest part for me was seeing her come out with her body unresponsive, seeing the firefighters bring her out,” Brown said.

Brown says the girl was usually full of life.

“She had a real big personality.  I mean, she was always overexcited about everything,” Brown said.

One man even tried to save the little girl by breaking out a window.

His blood was washed off hours later.

“Somebody tried to break the window to save the little girl through the window,” South Bend Fire Captain Gerard Ellis said.

It was too late for the girl, but the four others in the house at the time, including her brothers were taken to the hospital and are alright.

Fire crews are working to figure out how it all started.

Friends and neighbors are trying to come to terms with what they’ve lost.