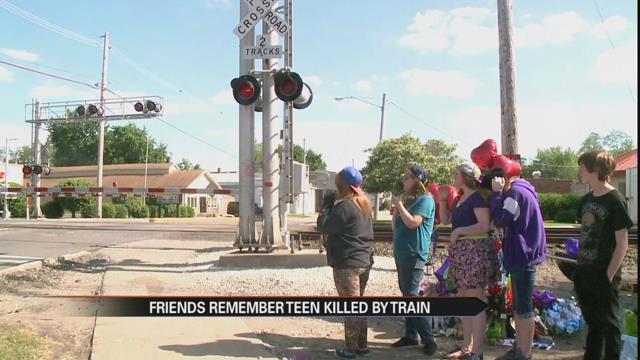 A Mishawaka teenager was killed Thursday afternoon after being struck by a train. Police have identified the teen as 15 year old Zachary Bielinski. His friends are speaking out about his death.

Every day after school, Zach's friends gather by the railroad tracks.

"I feel like he's here with us when we're here," says Cheyenne Mitchell.

They say Zach was standing on the railroad tracks watching an eastbound train go by. Since he had his headphones in, he couldn't hear the train on the other tracks coming, until it was too late, they alleged.

The westbound train hit him, killing him instantly.

His friends have been left heartbroken.

"When I found out he was gone, that broke my heart and tore me down," says Mitchell.