From 1974 to Sunday: a look at contrasting tornadoes

From 1974 to Sunday: a look at contrasting tornadoes

Sunday's tornado that went through communities in northeast Indiana and northwest Ohio has finally been given a rating by the National Weather Service. After a survey team reviewed the damage, the twister was given an EF-2 rating, with a peak wind speed estimated around 134 mph! The tornado was on the ground for 39 miles forming near Eaton, Indiana in Delaware County, and finally lifting west of Celina, OH about an hour later. Luckily, no injuries or deaths have been reported with this storm, but 8 injuries occurred when another storm rolled through downtown Celina about 10 minutes later. 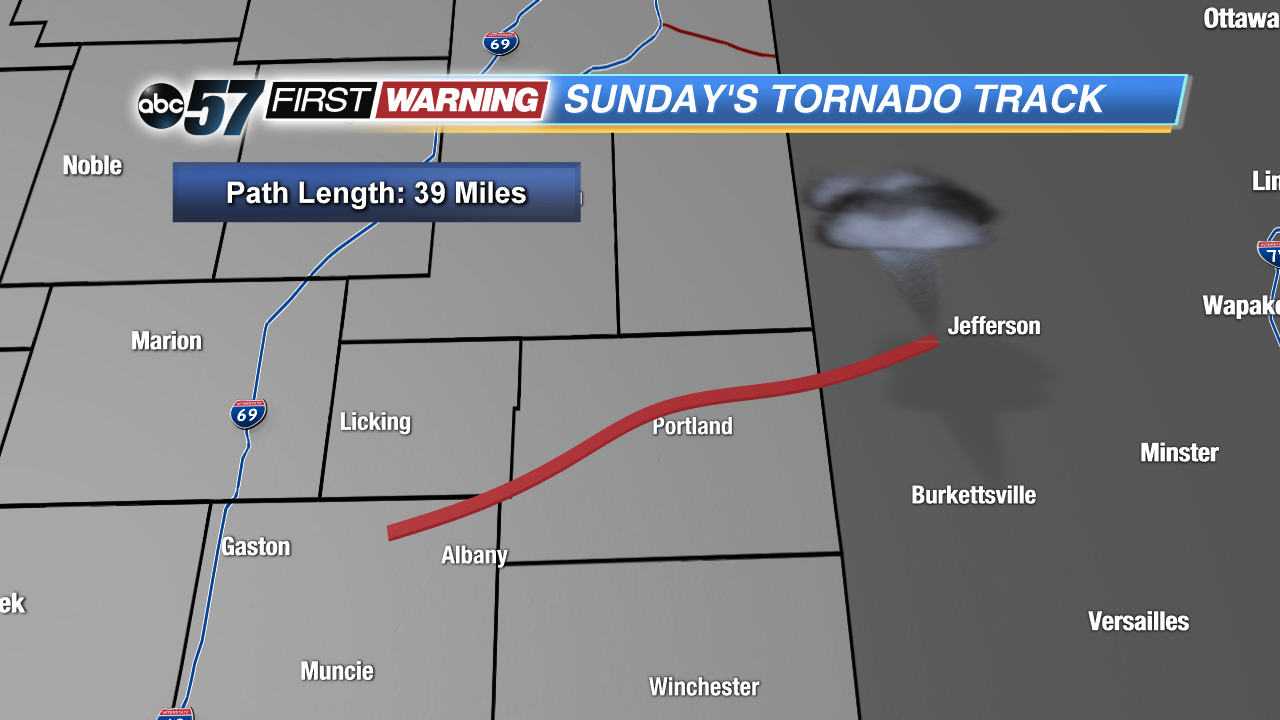 Sunday's tornado was on the ground for about an hour as it carved out a 39-mile path.

Even though 39 miles is a long distance for a tornado in Indiana and Ohio, it's absolutely tiny compared to the Monticello twister that rammed through the Hoosier state in April 1974. That path was a whopping 121 miles long, from Brookston, IN, through downtown Monticello, and into southern LaGrange county, making it the longest in Indiana state history! This storm was much stronger too, as it received an EF-4 rating with winds between 166 and 200 mph. Unfortunately, 16 people died in northern Indiana, 6 of which died in Fulton County and 1 in Kosciusko County. 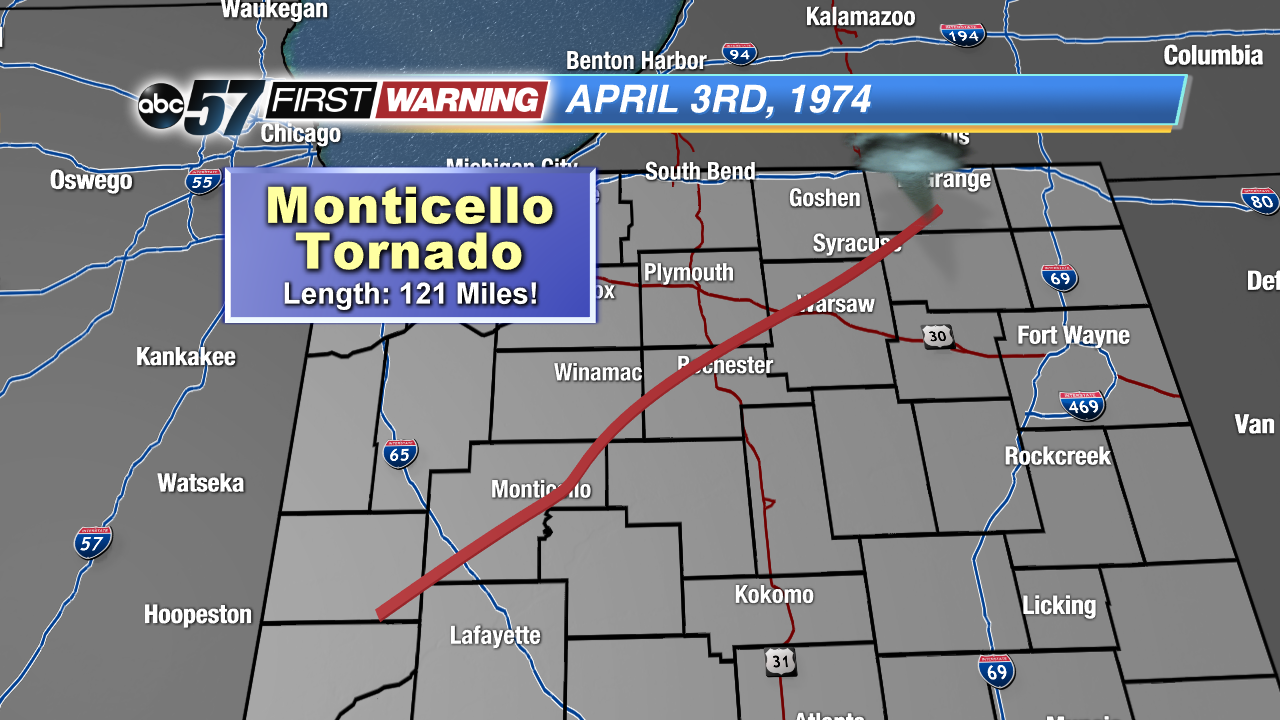