From Marine to coffee shop owner 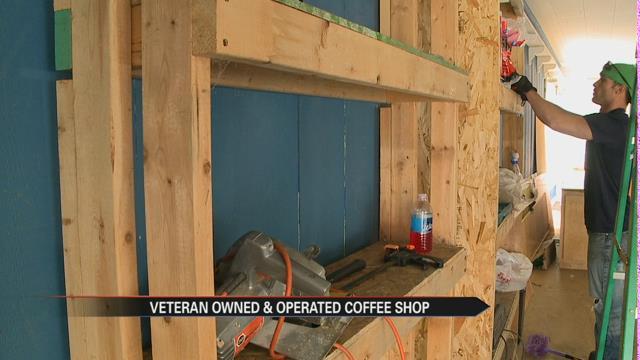 Memorial Day Weekend is a time to remember the men and women who serve and who have served.

Bret Beehler is a Marine Corps veteran who served for more than a decade. He traded in his combat boots for cups of joe.

After serving for 11 years and coming back to his hometown of Nappanee, he wanted to do something to give back to his community.

“I knew when I came home that it had given me so much growing up. The military just kind of hammered it home for me so when I came home I knew I had to be able to do something,” said Beehler.

He founded the Friendly Coffee Company in March. It is a coffee business that donates 50-percent of all net sales for each charity the coffee brand supports. The company owns the rights to different brands of coffee.

One charity coffee brand is called "Warriors Life Juice" and the money made from that coffee goes to support the Wounded Warrior Project.

They also have their own Friendly Coffee Company branded coffee.

“For the majority of military, we refer to coffee as life juice. It's what keeps us going," he said smiling.

The company is 100-percent veteran owned and operated.

"Right now we have two Marine vets, we have an Army National Guard veteran, and we also have an Air Force veteran.”

In April, a couple in Nappanee heard about his story and donated a building for him to have a brick and mortar storefront.

“I was kind of blown away by their generosity, I anticipated, you know let's talk about rent or what do you want for the property. They said no we want to donate it to you,” he said.

He said the day he got the keys he started working. He recalled the building being there while he was growing up. It's been unused for a while but was most recently used as a pet store.

“Growing up in Nappanee I remember the building sitting here. It just needed some TLC,” he said.

His plan is to give back to the community in a friendly way by serving up a fresh roast of coffee but he also wants to give veterans an opportunity too.

“Sometimes it just takes a pat on the back and say, 'Hey I understand. I'm here for you, we love you and we appreciate you did, and we're always going to be here.'”

He had a smooth transition from the military back to civilian life but he understands it's not that easy for everyone.

“It's different. I will say the Marine Corps does a great job of and I would imagine all the branches do of helping you transition before you do but honestly it's been family and community and of course God has just really kind of given me the ability to have a pretty smooth transition,” Beehler said.

Beehler said there's a lot of work ahead to bring the building to life but he hopes to have it open by Labor Day. He plans for the coffee shop to have a kid friendly area and an area dedicated to remembering service members in the city.