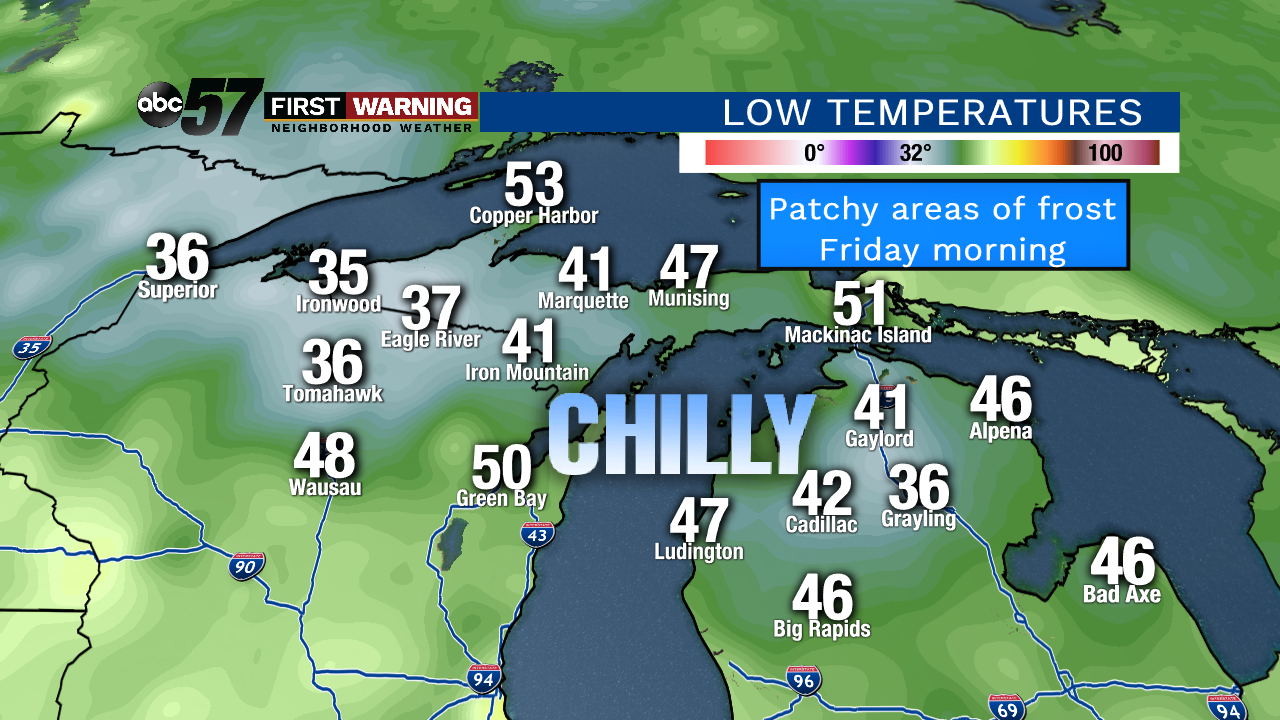 Sampling of low temperatures Friday morning.
If you thought it was chilly here in Michiana early Friday, then it was downright cold in parts of Michigan, Minnesota and Wisconsin. That's where temperatures dipped into the 30s! Yes, you read that right.

We've got a week left of August, and a handful of locations across the northern Great Lakes saw temps dip below 40°. 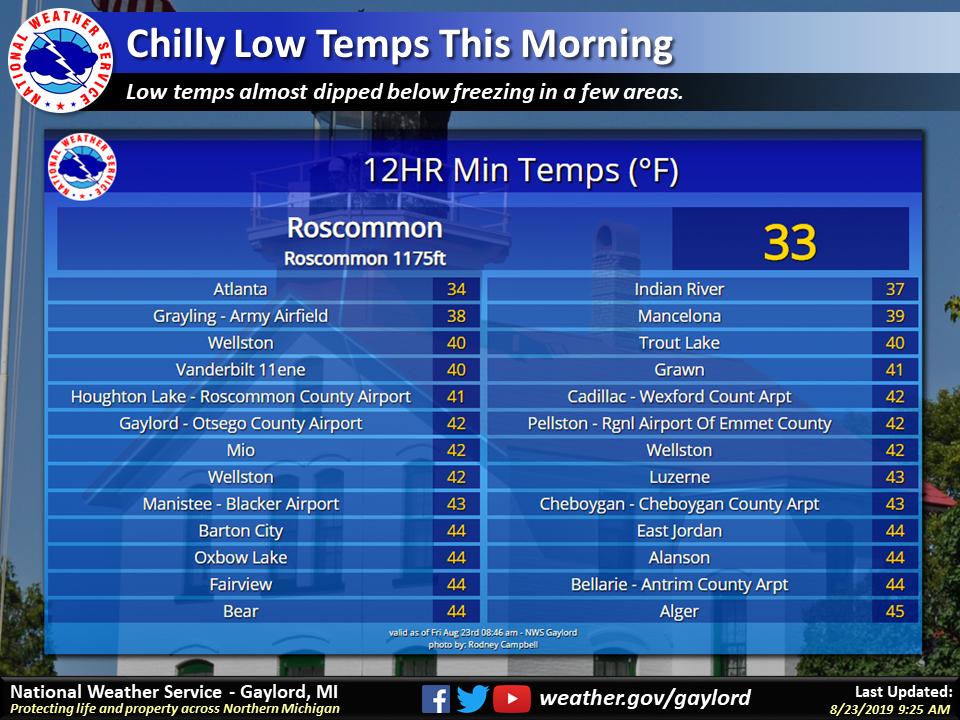 A sampling of low temperatures Friday morning. NWS Gaylord
It wasn't just 38-39° either. A few spots dipped into the lower and middle 30s. That includes Roscommon, Michigan, which saw a low of 33 degrees!

That likely led to the development of patchy frost across parts of northern Michigan, the Upper Peninsula of Michigan and northern Wisconsin. 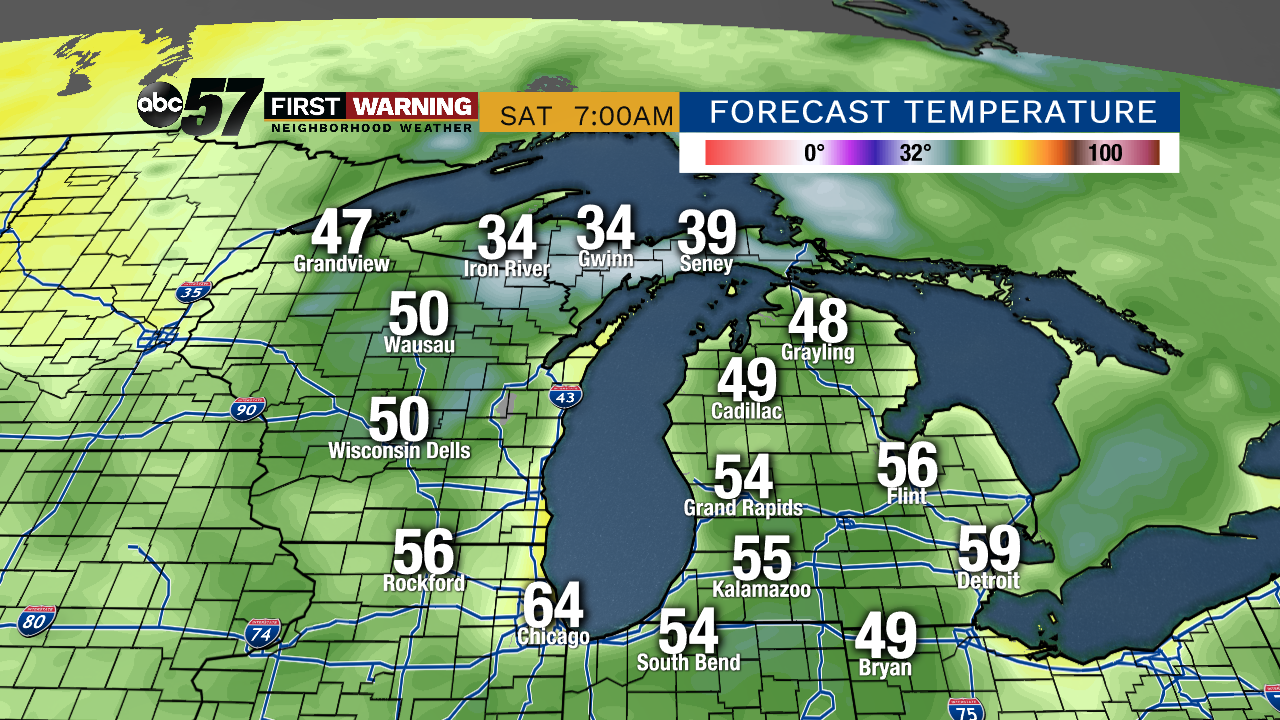 Forecast lows by Saturday morning.
We weren't quite that chilly, but temperatures did drop into the lower 50s across most of Michiana. By Saturday morning, some of us could easily get a taste of the upper 40s! Still, we won't be anywhere near frosty levels.

But it got us thinking: when do we see our first frost here in the South Bend area? 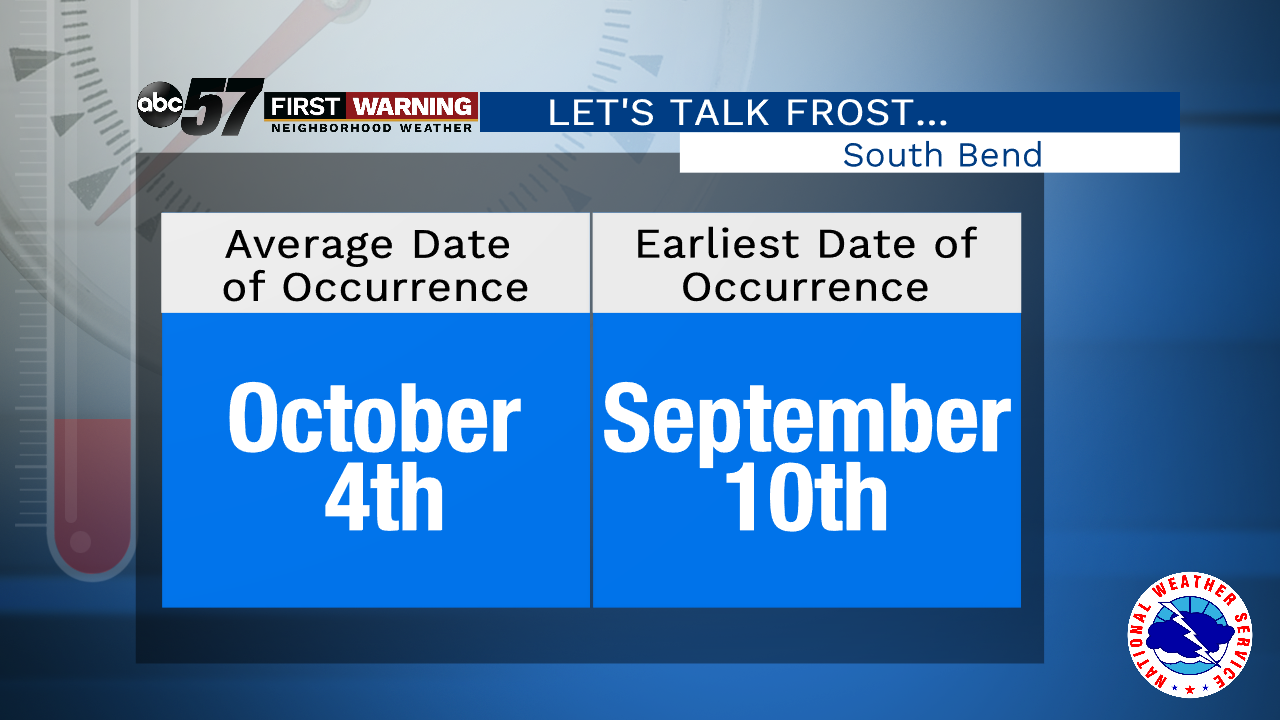 The answer is October 4th. That's the date of the average first frost in South Bend. It varies by a few to several days depending on exactly where you are in Michiana, but early October is the rough average for most.

Our first frost has happened as early as September 10th, though. For perspective, our average high and low temperature for September 10th are 76° and 56°.

Looking ahead, we don't have any temperatures below 50° officially in the forecast. However, several locations could see upper 40s this weekend, and again next week.