As we start the month of October, naturally, our temperatures will start to fall. That means mornings will be getting colder and colder, and we've already had a few chilly mornings over this past weekend. Frost will slowly start to creep into Michiana as we move through October, with the southern portions of the area usually seeing their first frost of the season within the first 10 days of the month. But, you might be wondering, how does frost develop?

During calm and clear nights, the heat that the ground absorbs from the Sun during the day leaves the surface and escapes into the atmosphere. At the same time, cooler air slowly sinks down to the surface. As temperatures continue to fall towards 32 degrees, that air close to the ground condenses on the grass, crops, and plants, and can freeze to form frost.

And, interestingly, frost can form even when lows stay above freezing. That coldest pocket of air right next to the ground can be up to 10 degrees colder than the surrounding environment, so freezing at the surface is possible even if the current temperature if only 36 degrees! 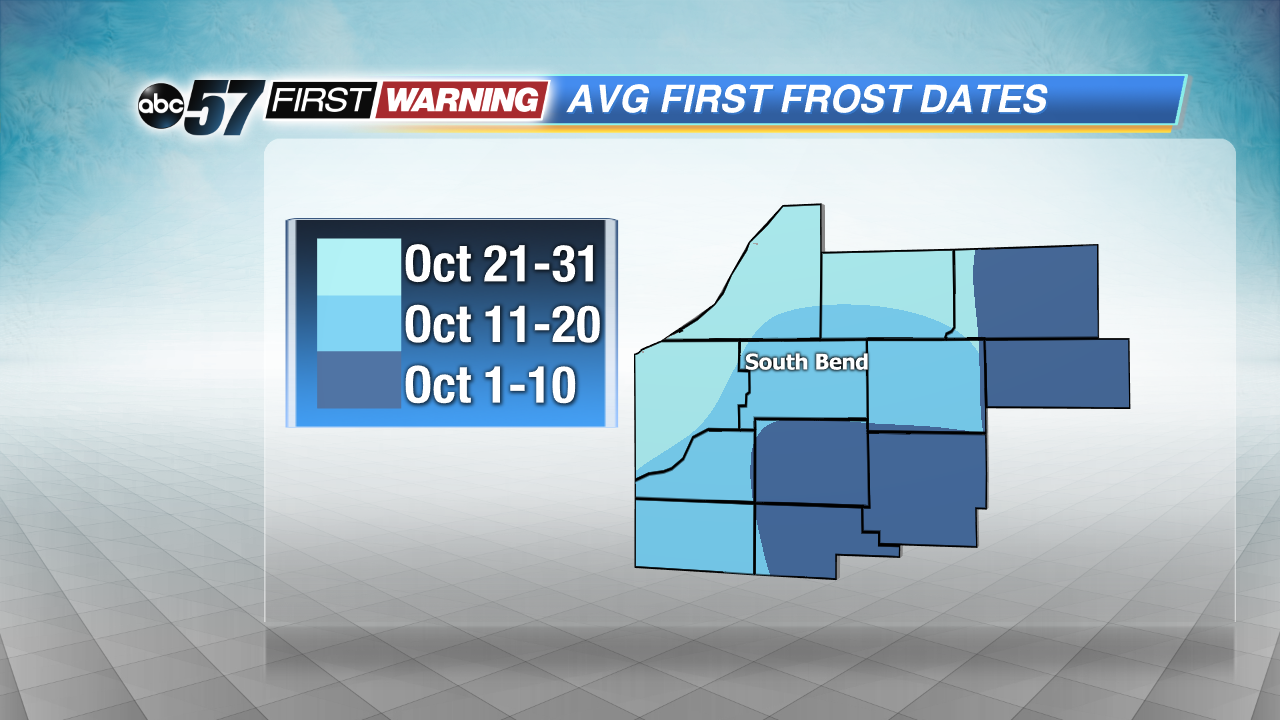 The southern portions of Michiana usually see frost first, with northern counties not seeing any until later in the month.