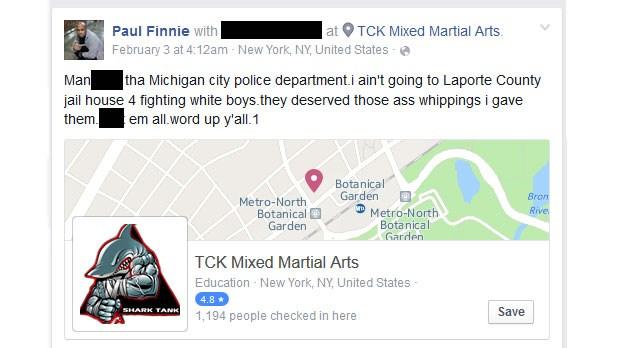 A former Michigan City resident who was the subject of an arrest warrant and taunted detectives on social media was arrested in New York City earlier this week.

Finnie is accused of assaulting a woman in October 2015. He allegedly struck her so hard he broke her nose and caused two black eyes.

He also allegedly posted threatening statements on Facebook about the harm he wanted to do to females within Michigan City.

Detectives say Finnie left the state because he knew a warrant was likely going to be issued for his arrest. He allegedly told friends and family he was going to New York to avoid capture.

Police say while he was in New York, Finnie posted taunts on social media urging La Porte officials to come get him.

On February 10, Finnie was located in the Bronx and was taken into custody.

He is awaiting extradition to La Porte County.