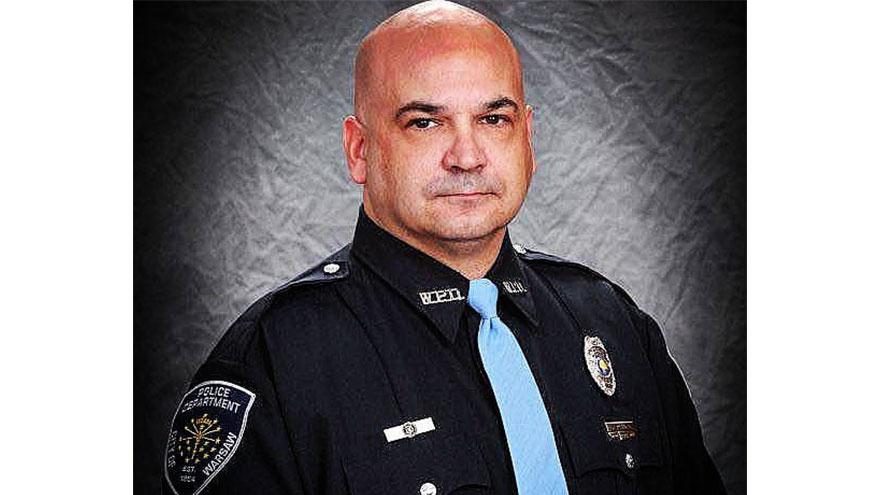 The funeral arrangements for Warsaw Police Officer Jason Dobbins have been released.

The funeral service will be held Thursday, February 6 at 11 a.m. at Warsaw Community Church.

Community members who would like to pay their respects are encouraged to line the procession route. It will begin at approximately 12:30 p.m. at Warsaw Community Church and will end at Oakwood Cemetery.  [map at bottom of page]

Officer Jason Dobbins, 50 years of age, had served as a full-time sworn officer for 16 years. Jason followed in the footsteps of his father, Ted Dobbins, who served the city of Warsaw as a police officer between 1965 and 1985. He began his career with the Plymouth Police Department and worked for them from 2004 to 2012. In January of 2012, he went through a lateral transfer process and began serving the city of Warsaw, joining Warsaw Police Department as a patrol officer.

Since his time with WPD, Officer Dobbins has patrolled with the afternoon and midnight shifts. In the spring of 2013, he joined the Warsaw Dive Team and served as one of the members always on call for any situation on or under water. Over the years, Jason has obtained a variety of certifications through PADI and DRI to include Open Water, Advanced Open Water, Underwater Navigation, Night Diver, Boat-Based Operations, Medical Diver, Deep Diver, Dive Rescue I, Diver Rescue II, Ice Diver, and Surface Rescue. Additionally, Officer Dobbins went through a lengthy training course to become a polygraph examiner.

On January 24, 2020, Officer Jason Dobbins had just begun his tour of duty with the afternoon shift. Seconds later, at approximately 1426 hrs., Jason contacted Central Dispatch stating that he needed an ambulance for an unknown medical problem. Warsaw officers and Lutheran medical personnel responded to a business on the north end of the city where he had pulled over and parked his patrol car. Officer Dobbins was suffering from extreme chest pain and rushed to Kosciusko Community Hospital with the assistance of a police escort.

A short time after being admitted to the emergency room at Kosciusko Community Hospital, the on-call doctor recognized that Jason was suffering from a critical heart condition. Weather conditions made it unfavorable for Lutheran Air to pick him up, so he was again rushed by ambulance to Lutheran in Fort Wayne, with aid from a police escort. Merely traveling over to Fort Wayne was extremely risky in his current medical condition and the surgery that followed had a greater chance of a bleak outcome. However, Jason made it through the surgery, and we were thankful and anticipating a long but successful recovery.

In the days to come after surgery, complications surfaced. These complications sadly resulted in Officer Dobbins passing on Saturday, February 1, 2020. The Warsaw Police Department is shocked and saddened at the sudden course of events that have led to today’s heartbreaking news.

Among the rest of his extended family, Jason leaves behind a son Hayden, 23-years old, three daughters, Bayly, age 20, Jaylyn, age 18, and Payton, age 14, as well as a stepson, Jake Crousore, who is 19-years old. Jason Dobbins recently married his wife, Kara. We ask that the Warsaw community help us as we surround the Dobbins family with love and support through this difficult time. Funeral/memorial services will be announced once that information becomes available. 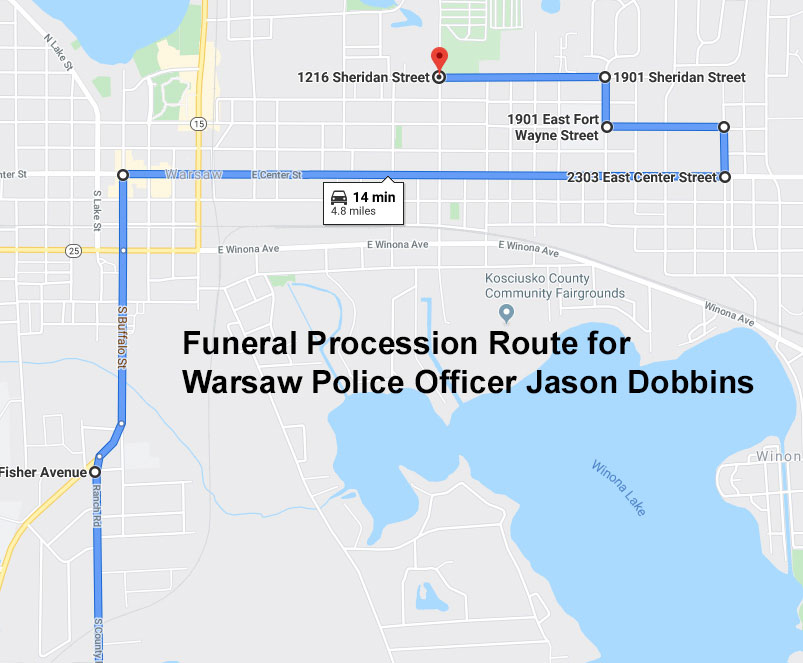