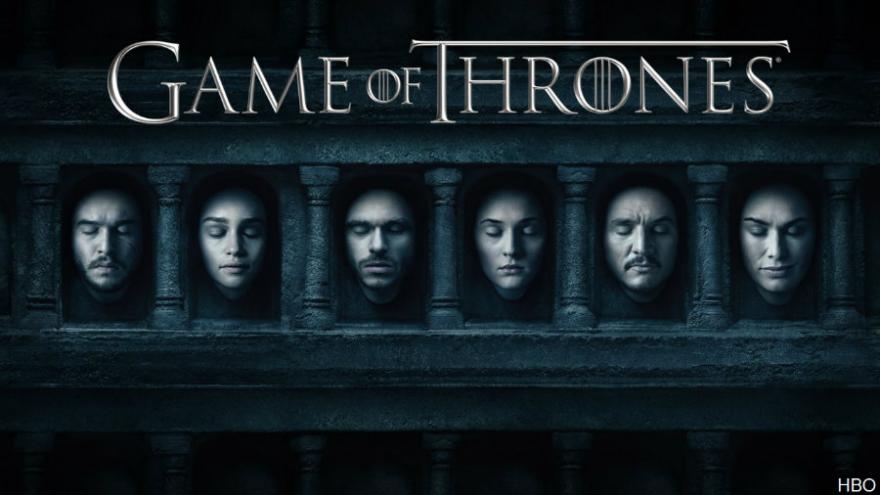 (CNN) -- The following contains major spoilers from the August 6 episode of "Game of Thrones."

"Game of Thrones'" hugely eventful season produced another massive battle and collision of major characters on Sunday, closing with a perilous cliffhanger.

The episode actually began in rather understated fashion, focusing on the latest reunion of the Stark children, and drawing attention to the metamorphoses that they have undergone in their efforts to survive over the last six seasons.

Arya (Maisie Williams), for example, showed off her assassin skills after a meeting with her sister Sansa (Sophie Turner), which proved both tender and tentative. Both acknowledged the changes and challenges they had undergone, with Arya offering a ray of hope by saying, "Our stories aren't over yet."

The same sense of melancholy hung over Arya's encounter with her brother, Bran (Isaac Hempstead Wright), whose transformation into a mystic seer has left him bearing scant resemblance to the boy who existed when the show began.

All that pretty much melted away, however -- pretty much literally -- in the huge battle that closed the episode, as Daenerys (Emilia Clarke) led her Dothraki warriors into combat against the rival forces under Jaime Lannister (Nikolaj Coster-Waldau). Daenerys rode in on one of her dragons, unleashing sprays of fire that decimated the opposing army.

Jaime's aide Bronn (Jerome Flynn) deployed a giant crossbow that grounded the beast, emboldening Jaime to launch a desperation attack on Daenerys. Thrown into the water to avoid being incinerated, his fate remained uncertain (although more than likely not fatal) as the hour concluded.

As previously noted, the truncated seven-episode season has moved at a breathtaking pace, with huge action scenes becoming more the norm than the exception. Yet what has really made this flurry of episodes soar is the interaction among the characters, as the paths of key players who moved along parallel tracks have repeatedly intersected.

At the heart of that remains the attempt to forge an alliance between Daenerys and Jon Snow (Kit Harington). Their ongoing negotiations also produced one of the more amusing moments, with Snow's aide Davos (Liam Cunningham) observing that he perceived Snow might have a romantic interest in her -- something for which there's little time, Snow noted, what with the fate of their world hanging in the balance.

Because "Thrones" is such an enormous draw, media outlets feel compelled to chronicle its every twist -- coverage that has grown both more voluminous and breathless since the announcement of an end date for the HBO show.

The current season, however, has not only given recappers plenty to discuss but in the process achieved the near-impossible by -- as much as anything at the center of such a media frenzy can -- largely justifying the hype.