Garden for kids operating without water 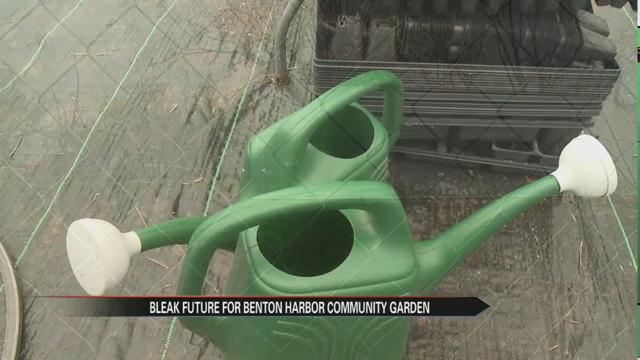 A community funded and operated garden for children in Benton Harbor has hit a bump in the road. The manager of Fresh Start Children's Garden said the city has not turned on running water on the property after numerous requests and inquiries.

Emma Kinnard said, “They promised us that they would get the water but so many times we just listen to promises and we need the water right now.”

The city manager in Benton Harbor said they know about the problem but he declined to go on camera for the story.

Kinnard said they grow cauliflower, okra, onions, and all types of vegetables for kids in the neighborhood to take home during the summer.

Kinnard said, “It's just not workable without the water, that's one of the main sources of growing a garden!”

Kinnard said the former emergency manager asked her if she would operate a garden on this vacant city lot under the agreement that the city would pay for the water, but that didn't happen.

Kinnard said, “They told us that they didn't have anything in writing that we would get the water free so they put in a meter, so I said we'll pay for the water then, since they said no and we asked for donations to keep it up and running. Yet we still don't have water!”

Over the weekend, Kinnard and other volunteers worked to get the soil and greenhouse ready for the summer season.

While they work out the problem with the water and the city, they are borrowing water from neighbors near May and Pearl Streets.

Once we find out why the city has not turned on the water and if the city manager's office releases an official statement, we will air that in a newscast.