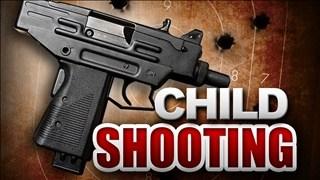 A man allegedly shot and killed a 13-year-old because he laughed at him.

The suspect returned home to find his house had been burglarized and, when a crowd formed, the boy began to laugh.

The suspect allegedly opened fire and shot the boy nine times in front of witnesses.

The suspect and a woman that also lives at the home that was burglarized were both taken into police custody.
Share this article: