Gary father prays his missing daughter and grandson will be found 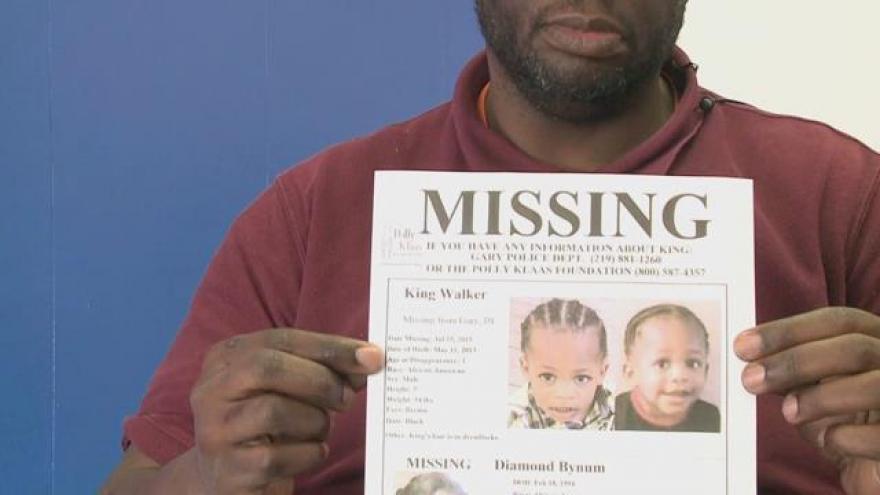 The two went missing nearly a year ago on the morning of July 25th.

9 months and 23 days, that’s how long it’s been since Eugene Bynum’s daughter Diamond and his grandson King mysteriously vanished.

The two went missing from their Gary, Indiana home on Matthews Street July 25th of 2015.

There’s been no trace of them since.

But with a missing persons flyer posted to the front door of his Gary business, Bynum hasn’t lost hope.

“I pray that they’re alive you know. But I can’t tell you for a fact if they’re in danger or not,” he said.

“She would leave out the house to go get food. That day though, our refrigerator was stocked, nothing was locked, we even had cake,” Bynum explained.

It has led Bynum to believe they were taken or lured from home.

Bynum is still brought to tears when he thinks about the little things he used to do with his daughter, he misses so very much.

“It’s this polish sausage stand on 5th Avenue that she used to love to go there and that sort of thing. I can’t really bring myself to go to that place a lot of different places,” he said wiping the tears from his face.

Bynum said his daughter is not capable of taking care of herself.

He is disappointed an Amber Alert was never issued.

He asks that people continue to post flyers and remain on the lookout.