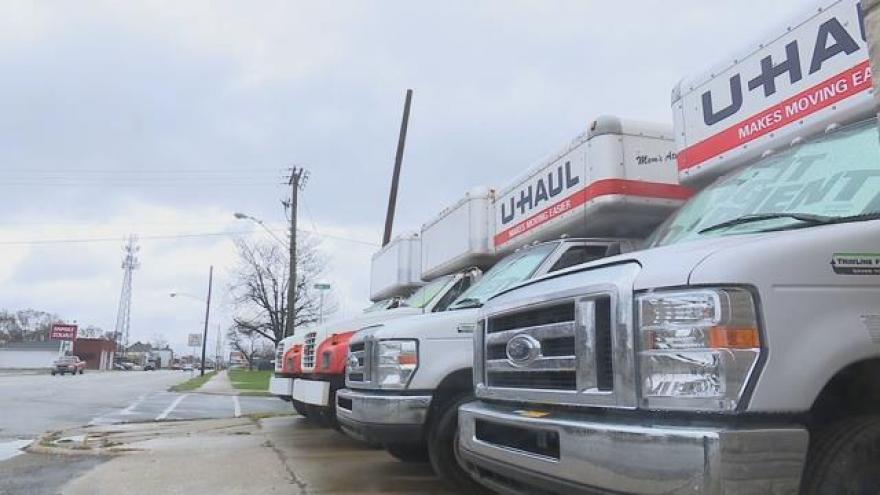 The U-Haul hub in South Bend has had its gas stolen three days in a row.

Police say this sort of larceny is rare.

“We noticed there was a pipe,” U-Haul CSR Jeremy Johnson said.

The business says the gas larceny each night is making it very difficult to operate as normal.

“Obviously time is money, and the we’ve got to take the time to go get them filled up,” Johnson said.

Johnson says for the gas stolen, each truck must be refilled with about $30 of unleaded gas.

The business reported the crime to police who were also baffled.

“I’ve never heard of it happening and I’ve never taken a report for it, so it is very rare,” Captain Scott Hanley with South Bend Police said.

There aren’t reports of this happening at any other nearby U-Haul locations either.

The hub does have video surveillance in the front, and now they’re going to install them in the back, where the crime keeps happening.

Police are now keeping an eye out for whoever’s doing this, and are asking the community to do the same, before the thief drains the West Side business dry.

“If people see something suspicious, call us,” Hanley said.