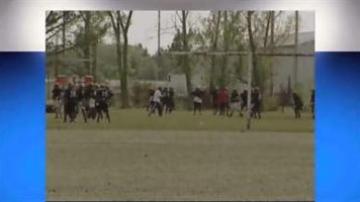 WAHPETON, N.D. -- A former college football player claims he was kicked off the team because he's gay.

Jamie Kuntz went to North Dakota State College of Science. He said he was dismissed after kissing his boyfriend in the press box during a game.

Kuntz initially lied about the kiss, saying his 65-year-old boyfriend was actually his grandfather. He apologized twice before being handed a letter by the head coach dismissing him from the team, for detrimental conduct.

Kuntz has voluntarily withdrawn from school. He said he may consider legal action against the university.